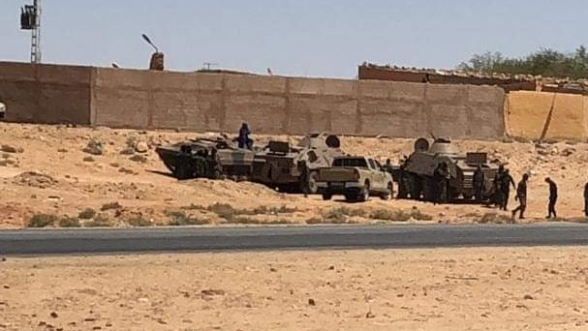 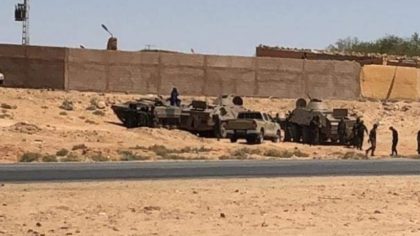 It seems that the protest movement, which is rocking Algeria since February, has reached the southern region of the country, and particularly the Tindouf camps where the sequestered sahrawis are rising up against the Polisario militias, which are armed, funded and sheltered by the Algerian military.

In a bid to intimidate Sahrawi protesters, fed up with deteriorating living conditions, oppression, deprivation, lack of freedom of expression and movement, the leaders of the separatist group used their heavy-handed scare tactics. They deployed over the weekend tanks and armored vehicles to terrorize and quell Sahrawi protesters.

Several photos and videos posted on the media show the Polisario military deployment against protesters who are demanding lift of restrictions imposed on their free movement, while some demonstrators report violent clashes and the excessive use of force by the separatists.

During their demonstrations in Rabouni camp, Sahrawi protesters shouted slogans such as “Freedom of movement” and “Freedom”, and denounced the Polisario’s restrictions as “forced detention”.

The demonstrators decried the violation of their right to movement, saying they are not allowed to step outside the besieged and heavily guarded Tindouf camps only once in every three weeks.

According to some experts, the pressure is building up on the Polisario leaders currently facing their worst ever nightmare. They are challenged by defiant sequestered Sahrawis who can no longer stand their lamentable situation, blockade and status quo, while the Algerian Generals, who used to provide them with all kinds of support, are fighting their own demons, as the unprecedented hirak in Algeria has led to the fall of long-time ruler Abdelaziz Bouteflika and several of his associates.

Instead of looking for solutions to the appalling situation in the Tindouf camps and finding answers to the grievances of a population that can no longer bear the Sahara conflict, the separatist front, accustomed to manipulation, misinformation, and corruption, plans to organize a counter-demonstration.

The separatists have actually announced the organization of a rally on Tuesday, April 30 under the sign of “unity”. The move is seen by analysts as an absurd answer to the mounting anger of the sequestered population in the Tindouf camps and as an illustration of the Polisario’s failure to meet the grievances of a population determined to take its destiny in its own hands.