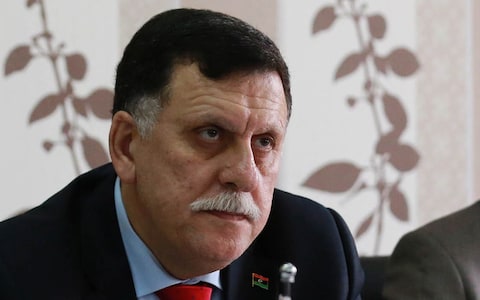 Libya: Serraj warns against export of Gulf crisis to Libya 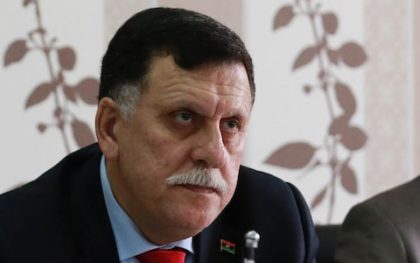 Head of the UN-backed Government of National Accord (GNA) Monday expressed fears that Libya could become a terrain of proxy war between Qatar and its neighbors, locked up in close to a two-year old diplomatic crisis.

Fayez Serraj made the warning in an interview with Bloomberg at a time the military campaign against Tripoli launched by Khalifa Haftar is still going on.

In the interview, Fayez Serraj accused foreign countries of backing Haftar’s offensive aiming at taking control of Tripoli, but stopped short of naming these countries.

“Weapons and equipment have not stopped reaching Haftar, before and after the offensive,” he said without naming the arms suppliers.

Fragile since 2011 in the wake of the NATO-backed revolution, which ended the rule of Muammar Gaddafi, Libya slid into further crisis early this month after Haftar, who heads east-based forces, launched an offensive to control the Libyan capital.

The offensive stalled on the outskirts of Tripoli but have caused the death of over 250 persons, according to UN figures.

Haftar’s forces alleged that the GNA has been receiving support from Qatar and Turkey. Asked about the allegation, Serraj did not elaborate but said his government to defend itself had to think of alternative options.

Qatar has been embroiled with its neighbors in an unprecedent diplomatic crisis since June 2017 after Saudi Arabia, UAE and Bahrain plus Egypt imposed a sea/air/land blockade on Doha for its alleged support of terrorism and the Muslim Brotherhood considered by the quartet as a terror group.

The east-based Libyan rival government backed by Haftar had sided with the Saudi camp while the GNA had officially said it adopted a neutral position in the crisis.