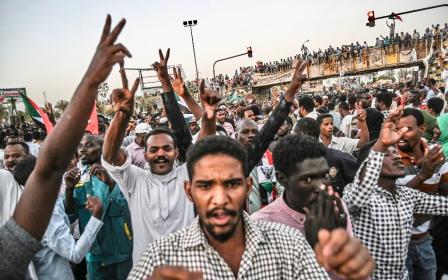 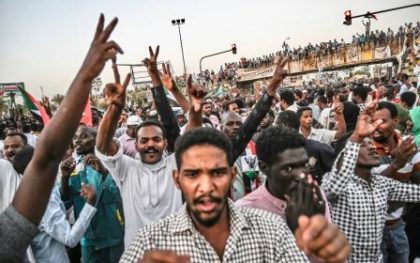 Leaders of the Sudan uprising that brought down Omar al Bachir said Sunday they have suspended negotiations with the military council and will step up demonstrations until their demands for civilian transition rule are met.

Mohamed al-Amin, a spokesman of the demonstrators’ coalition, told protesters who have been gathering in front of the defense ministry in capital Khartoum over the past days they will remain camped in front of the military compound until their demands for power transfer to a civilian rule are fulfilled.

Several months of protests, which started last year, pressed the army to depose President Omar Beshir two weeks ago. The army appointed a military council to run affairs for a two-year transition, a period deemed too long by protesters and the international community who are calling for a quick power handover.

Also on Sunday, the military council leader General Abdel Fattah al-Burhan reportedly indicated that he was committed to handing power to the people and pledged to respond to demonstrators’ demands within a week.