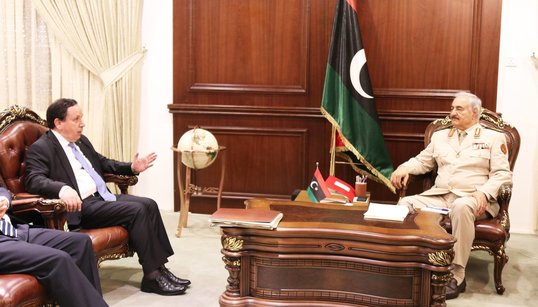 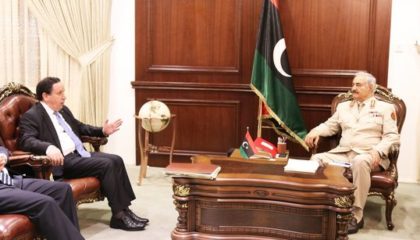 The Tunisian foreign ministry Saturday blocked a press conference that the Libyan east-based government, opposed to UN-backed Government of National Accord (GNA), was planning to hold in Tunis.

The press conference that was to be held Saturday by the foreign ministry of Beida government did not go as planned, reported Libyan Observer, citing sources in Tunisia.

The Tunisian foreign ministry opposed the presser recalling that it only recognized the GNA as the sole Libyan administration.

The Beida Government, linked to warlord Khalifar Haftar who is currently staging an offensive to seize Tripoli, announced in a statement that it postponed the conference intended to brief media on the latest developments in Libya, Libyan Observer added.

The press conference was cancelled following a phone conversation between the Tunisian foreign minister Khemaies Jhinaoui and Haftar on Thursday. Jhinaoui, according to his office, called on the Libyan renegade military commander to halt his offensive and back a political solution to the Libyan crisis.

Haftar, according to the Tunisian foreign ministry, stressed that he is keen to stop the offensive, which has already killed over 200 people according to UN figures.

The oil-rich African country has witnessed since early this month an escalation of tension between the two rival administrations after Haftar, backed by Beida government, launched on April 04 an offensive to seize Tripoli in an alleged fight against terrorism.

Libya Observer also reported that Tunisia is getting ready to host a meeting of foreign ministers of Tunisia, Algeria, and Egypt in Tunis to coordinate the efforts of the three countries with the aim of ending the tension in Libya and resuming political talks.