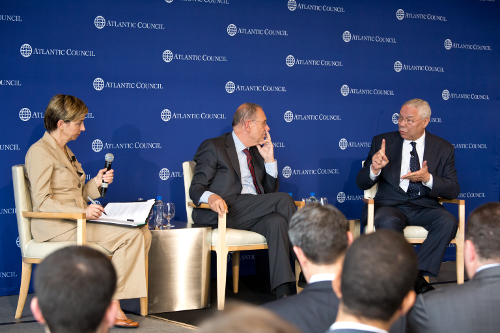 Walking a Thin Line: The Role of Think Tanks in Arab Transitions and Foreign Support

The role of civil society in bringing about change in the Arab world has been widely acknowledged. Today, civil society organisations (CSOs) face the challenge of helping consolidate the process of reform at a time when progress towards democratisation is uncertain. Emerging think tank and policy research initiatives are at the centre of these efforts, upholding progress towards more open and democratic political regimes and moving from a logic of protest to one of institutionalisation and influence in policy-making processes.

In the Arab world, think tanks have a short history. Non-democratic regimes and the restriction of freedom of expression did not facilitate the transmission of thought and ideas in Arab societies. For a long time repressed or co-opted by authoritarian regimes, think tanks operated with full acknowledgement of their political environment. At best, they remained politically neutral and provided expert views on a set of policy proposals or reforms introduced by the regimes in place, but they did not necessarily contribute to the tasks of policy formulation. Sometimes think tanks also played a role in constructing the intellectual discourse of the political elite.

With the advent of the Arab uprisings and the transformation of political regimes in the region, think tanks and policy research institutes have devoted their efforts to creating a pro-democracy and pro-dialogue environment to uphold the progress made by revolutionary forces. A series of new initiatives have emerged as part of thriving regional civil societies. Their aim is to reconstruct the “battle of ideas” in fast-changing political landscapes. They do so in three different ways: informing, convening and advocating democratic reform.

Informing: Political research in the times of authoritarianism hardly ever produced self-critical analyses. In a sense, the Arab Spring unveiled the need for a better understanding of the social, economic, cultural and political conditions of Arab countries – a sort of “thinking awakening” taking place alongside political revolutions. At an early stage of transitions to democracy, think tanks need to connect new political discourses with the general public and promote a “culture of informed citizenship.” The facilitation of information to civil society becomes a crucial component of the work of a think tank; thus, many regional initiatives are producing relevant information on the new government structures, policies and reforms.

Convening: Think tanks can also act as connectors within societies undergoing political transformation. A few initiatives are aimed at bringing together the pro-democracy factors within societies and reinforcing dialogue between political factions. In so doing, think tanks convene political actors with diverse – and often diverging – views on key topics of the reform agenda, which provides an opportunity for outlining inclusive policy proposals. Other initiatives aim at overcoming the lack of connections between civil society actors and the new political leaders. In this way, they provide an added component of legitimacy to the new political systems.

Advocacy: The ultimate goal of think tanks is to suggest policy solutions and, in so doing, to achieve political impact. This role goes beyond the generation of information and research and, in the context of Arab transitions, often translates into actions aimed at the reinforcement of democratic systems in post-revolutionary scenarios. Some new regional think tanks complement their research capacities with the provision of targeted proposals for policy-makers, including members of the newly-elected parliaments, administration officials, and high-ranking politicians.

So how can external actors, in particular the EU, support think tanks in a context of transition to democracy? Foreign support must be aware of the stigma of intervention in Arab affairs, which sometimes makes it difficult for think tanks to accept foreign funding. For them, the risk of intromission can translate at home into a loss of credibility of their research, less impact on policy-making processes and the animosity of local populations. Thus, a certain contradiction for external actors arises: while the credibility of initiatives receiving foreign backing might be endangered if accusations of interference arise, a lack of commitment by external powers is matched with criticism for not doing enough to support the Arab transitions. External powers are thus required to walk a thin line not to be accused of being behind the curve in their response to the Arab Spring or of an excessive interventionism.

The EU could have a positive impact on the role of think tanks in democratic transitions in at least three ways. First, it must not limit itself to funding civil society initiatives but to promoting inclusive policy-making processes with the participation of think tanks and other CSOs in policy dialogues where regional governments and EU bodies are involved. Second, the EU should promote regional networks in which Arab think tanks are involved as a way to facilitate the establishment of permanent platforms for sharing best practices among think tanks and civil society representatives. Finally, new instruments of the EU should adopt flexible funding mechanisms by which control and accountability are exercised once the project is implemented – and not so much via an extenuating application process – in order to respond to the immediate needs of new initiatives.

A longer version of this article was published with EuroMeSCo and FRIDE, following the organisation of the workshop “Rethinking the Role of Think Tanks and Research Institutes and EU Policies towards the Mediterranean”, held at the Real Instituto Elcano (Madrid) on 14th December 2012 with the support of the Spanish Agency for International Development Cooperation (AECID).