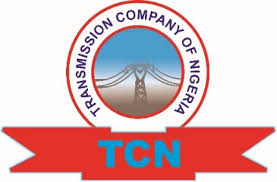 The project called the Abuja Feeding Scheme is financed by the French Development Agency (AFD) and provides for building five transmission substations over a 24-month period.

The move will help Africa’s most populous nation to stabilize the quality of power supply to over three million residents of Abuja.

According to TCN’s Managing Director, Usman Mohammed, the scheme comprises two 330kV substations and three 132kV substations, and will take care of power supply challenges in the city.

He said the project will include the construction of substations in Lokogoma, Gwarinpa, Kuje, Apo and Lugbe, and will be complemented by the construction of a new electricity transmission route from Lafia in Nasarawa State to Abuja so as to provide the Federal Capital Territory with added power supply advantage.

He explained that the TCN has continued to expand the national grid with new projects as well as the completion of existing projects.

Permanent Secretary in Nigeria’s Ministry of Power, Louis Edozien, urged the Abuja Electricity Distribution Company (Disco) to be willing to take up more electricity from the expanded TCN capacity.

Earlier this year, residents of Abuja have lamented poor electricity supply in their community due to break down of transformers and absence of meters.

North Africa Post's news desk is composed of journalists and editors, who are constantly working to provide new and accurate stories to NAP readers.
NEWER POSTYasmine Ouirhrane Receives 2019 Young European of the Year Award
OLDER POSTMorocco should prepare for a Deal with Britain before Brexit