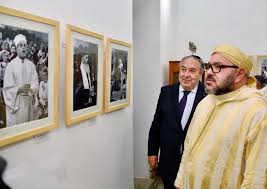 Serge Berdugo, Secretary General of the Council of Jewish Communities of Morocco, has praised the initiative of King Mohammed VI to create a museum of Jewish culture.

Speaking to media after the Moroccan Sovereign launched on Monday, in Fez, the restoration works of “Al Batha” museum and the building works of a Jewish culture museum, Mr. Berdugo described the project as an “absolutely extraordinary” move with symbolic significance.

He said he is upbeat over the future and long-term impact of this museum, noting that “people from around the world will come to see how, for hundreds of years, Jews and Muslims lived peacefully in Morocco and created an art of living together”.

Mr. Berdugo affirmed that “together, we will work to show all the jewels of Moroccan civilization so that the whole world can once again realize what Morocco of tomorrow will be like”.

King Mohammed VI visited, on Monday, several rehabilitation projects of the old medina of Fez and launched the restoration works of “Al Batha” museum and the building works of the Jewish culture museum.