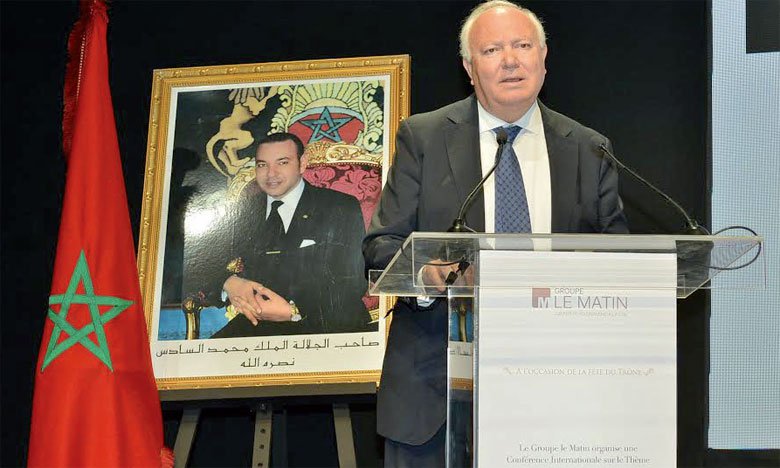 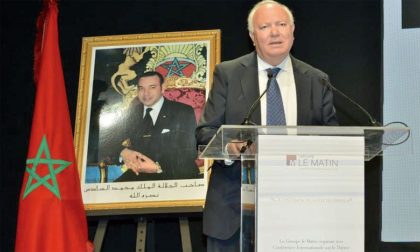 UN High Representative for the Alliance of Civilizations Miguel Ángel Moratinos of Spain lauded Morocco for its efforts to promote dialogue between civilizations, cultures and religions in a world plagued by a rise of extremism and hate speeches.

Moratinos is visiting Morocco just few days after a landmark visit by Pope Francis who was received by King Mohammed VI in Rabat where they both called for boosting inter-religious dialogue.

Moratinos said Morocco’s King has a wise vision that builds on deep-rooted traditions of religious tolerance and multiculturalism.

“Morocco under the leadership of His Majesty the King stands out thanks to its cultural diversity and respect for all religions as the country remains attached to the values of peace, stability and dialogue on which the UN system is based,” Moratinos told reporters after talks with Speaker of the Lower House of Parliament.

After stressing the great role that parliaments can play in championing the values of tolerance, coexistence and dialogue, Moratinos announced that an international parliamentary forum will be held in order to raise awareness about the actions undertaken by the UN’s Alliance of Civilizations.

The meetings with Moroccan officials was a chance to highlight Morocco’s contribution to back the Alliance of Civilizations.

In this regards, Moratinos highlighted the beneficial impact of Morocco’s efforts to fight extremism through Imam training as well as the Kingdom’s actions to counter hate speech.

Moratinos also welcomed the idea of cooperating with Morocco in the field of crisis mediation, notably in Africa and the Sahel in particular.