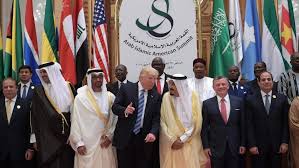 Egypt to pull out from planned Arab NATO-style force

Egypt Wednesday informed the United States it was withdrawing from the US-led military NATO-style initiative being planned in the Arab world in view of countering Iran’s influence in the region.

Egypt’s decision was revealed a day after President Fattah al-Sisi visited US leader Donald Trump in the White House.

The withdrawal deals a blow to Washington’s effort to forge the Middle East Security Alliance, or MESA, with Sunni allies in the region.

The alliance was set to include Bahrain, Jordan, Kuwait, Oman, Qatar, Saudi Arabia, and the United Arab Emirates, according to press reports.

The North African country is reportedly concerned the establishment of the Alliance could soar tensions with Iran, besides the fact that the formal blueprint for the pact is not ready yet.

The decision was also announced to other Arab counties and Egypt on Sunday did not send a delegation to Riyadh for the latest gathering held to advance the initiative.