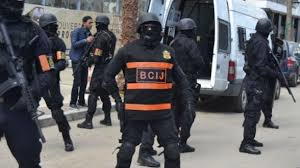 Moroccan authorities announced on Wednesday the arrest of four jihadists who were active in the region of Taza, 120 kilometers east of Fez.

The members of this terror cell, aged between 33 and 38, were captured by the Central Bureau of Judicial Investigation (BCIJ), Morocco’s FBI.

Their leader is a former fighter in the Syrian-Iraqi region who served a prison sentence in 2015 under the anti-terrorism law, said the Moroccan interior ministry in a press release.

According to investigators, the head of this terrorist cell, who is believed to have recruited elements of his group, tried to use his experience in the conflict zones to plan and prepare terrorist acts in Morocco, undermining the country’s stability and security.

The North African country has placed counterterrorism at the top of priorities following the Casablanca terror attacks in 2003 and the two subsequent attacks of 2007 and 2011.