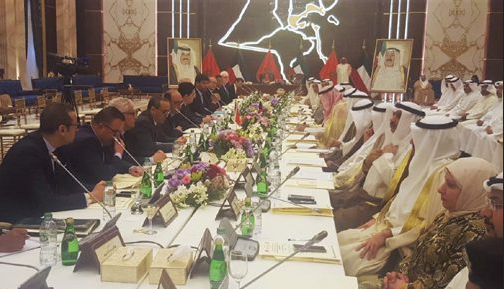 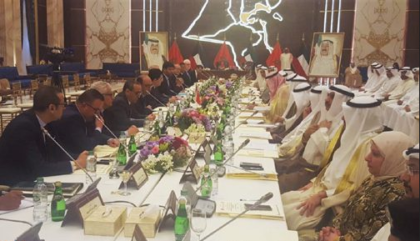 Kuwait has reiterated its “solid and unwavering” support to Morocco’s territorial integrity and to the autonomy plan offered by the North African country as the basis of a negotiated solution to the Sahara regional conflict.

In the minutes issued following the proceedings of the Joint Committee, Kuwait also lauded the political and active role played by King Mohammed VI, Chairman of the Al Quds Committee, in defending Al-Quds Al-Sharif and its inhabitants, and preserving its civilizational identity and status as a symbol of tolerance and coexistence between the different heavenly religions.

Kuwaiti praised in this connection the social projects carried out by Bait Mal Al-Quds Agency, the executive arm of the Al-quds Committee, to maintain the Maqdissis on their land and support their fight.
The joint committee was marked by the signing of five cooperation agreements in food safety, social affairs, public administration, education and environment.

The two countries stressed the need to share experiences and information in veterinary and phytosanitary control and services as well as in food quality control for import and export.

The joint committee underlined the importance of adapting training to the needs of labor market, encouraging the use of new technologies in education, joining efforts in the fight against sea pollution and improving coastal zone management.

During his visit to Kuwait city, Bourita conveyed a message from King Mohammed VI to the Emir of Sheikh Sabah al-Ahmad al-Jaber al-Sabah.