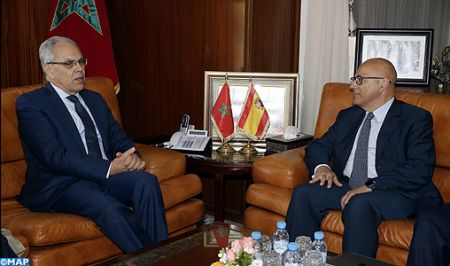 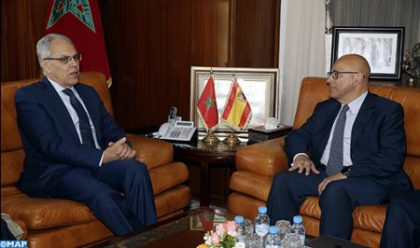 Moroccan Minister Delegate in Charge of National Administration of Defense Abdellatif Loudiyi conferred Tuesday in Rabat with secretary of State for Defense, Angel Olivares Ramirez on cooperation prospects between the two countries in the defense industry.

The two officials reviewed partnership opportunities in shipbuilding, aeronautics and armored vehicles’ manufacturing. They hailed the momentum gained by the Moroccan-Spanish military cooperation and the positive results yielded by their joint actions in the fight against terrorism and management of migration crisis.

The two ministers lauded the excellent, strong and friendly ties existing between King Mohammed VI and King Felipe VI, and between the governments and peoples of the two countries that share common regional and international strategic interests.

Senior members of the General Staff of the Moroccan Royal Armed Forces,  the Spanish ambassador and the Spanish military attaché in Rabat attended the talks between Loudiyi and Ramirez.