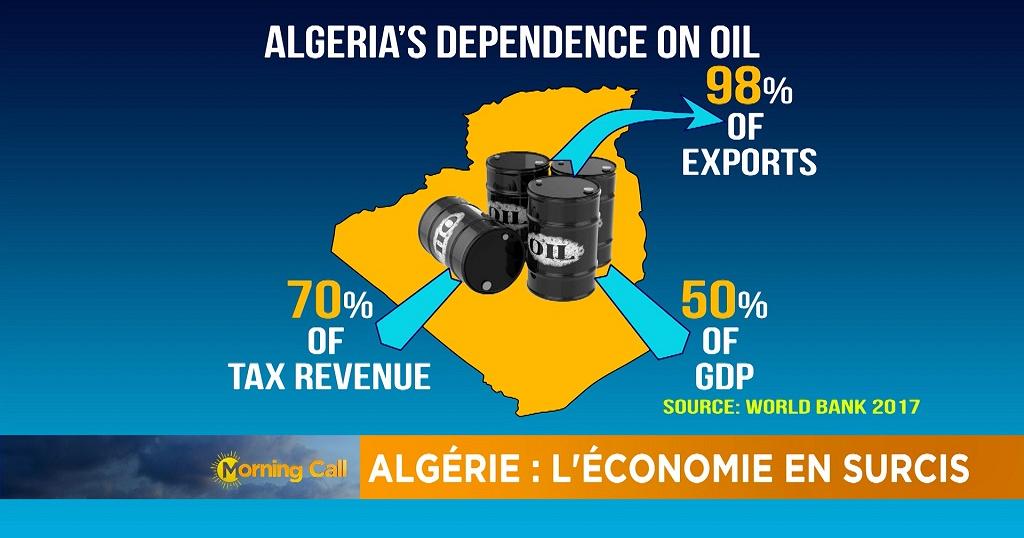 Algeria’s economy, a crisis in the making 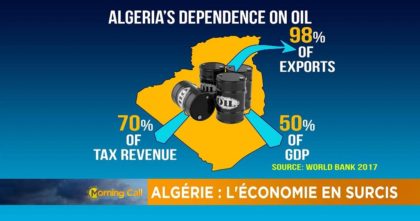 Long ruling Bouteflika has stepped down after popular protests leaving behind him an embattled economy vulnerable to international oil prices.

After years of unsustainable spending, Algeria’s foreign exchange reserve shrunk to cover only four years of imports making it difficult to sustain a generous subsidy system that has bought peace at the expense of financial stability since the collapse of crude prices five years ago.

International reserves have more than halved since peaking in 2014, with Algerian authorities projecting the stockpile would drop further to $68 billion in 2019, based on a conservative budget that assumed an average oil price of $50 per barrel.

However, the government would need crude prices nearer $100 a barrel to balance its budget in 2019.

The ruling elite refuses external borrowing and shied away from carrying out structural reforms to relieve the Algerian economy from utter dependence on oil.

They instead sought time-buying measures including dampening demand for foreign currency by imposing restrictions on imports, while trying to plug the budget deficit with a five-year program that relies on borrowing from the central bank.

Further complicating Algerian economic prospects are the unfriendly investment regulations. As one of the most closed economies in the region, the Algerian stock market has only five companies.

The lack of investments in tourism infrastructure and insecurity left untapped Algeria’s tourism sector, a source of thousands of jobs and hard currency, untapped.