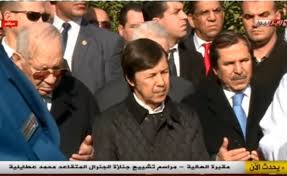 Algerian security authorities have put under house arrest the two brothers of ex-president Abdelaziz Bouteflika as part of a clean-up of the regime that ruled the country for two decades, El Watan reports.

Saïd Bouteflika and Abderrahim aka Nacer have seen their actions and movements restricted, according to the local media.

The reports came following Bouteflika’s resignation on Tuesday on the backdrop of street protests.

Saïd, the media says could face justice over the alleged use of the presidential seal. The 61-year old man had been a close adviser of his brother and is suspected for being the mastermind of several decrees from the presidency after Bouteflika became unfit to rule the country following a stroke he suffered in 2013.

Another media, MondAfrique confirmed Saïd’s detention but made no mention of Nacer as opposed to El Watan.

Alg24 debunked Nacer’s house arrest as it circulated pictures of the man at work at the ministry of professional training, where he holds the position of Secretary General. The media said it got the photos from a source in the ministry, but there are no details as to the date of the pictures, and whether they were taken before or after the alleged detention.

Bouteflika in letter published by the state-run agency APS asked for forgiveness for any wrongdoings he may have committed during his rule.