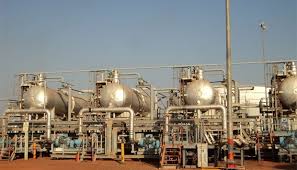 South Sudan to boost oil production by 70,000 bpd by June

South Sudan is targeting an increase in crude oil production of 70,000 bpd by June 2019, the country’s Minister of Petroleum, Ezekiel Lol Gatkuoth said on Wednesday.

The statement follows a tour at the El-Nar, El-Toor and Manga oilfields last weekend.

Gatkuoth encouraged the China Petroleum Engineering and Construction Corporation to fast track the rehabilitation process at the El-Nar and El-Toor fields in order to meet the deadline of April 27 for resuming oil production at the El-Nar, El-Toor and Manga oilfields.

Although South Sudan has one of the largest crude oil reserves in sub-Saharan Africa, the country is still heavily underexplored. Only a third of its reserves have been explored.

“With 3.5 billion (barrels of) proven reserves and only 30 percent explored there is more to offer to serious investors,” Minister of Petroleum Ezekiel Lol Gatkuoth said in a statement while attending a conference in Equatorial Guinea.

As a reminder, the East African nation’s oil infrastructure was damaged in a war in recent years. About 400,000 people were killed and more than a third of the country’s 12 million population uprooted.