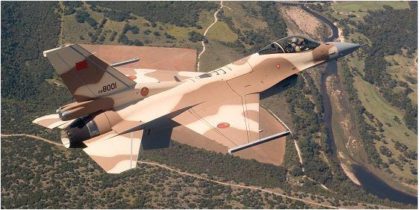 The US Defense and Security Cooperation Agency (DSCA) announced the approval of a sale of 25 F-16C/D Block 72 fighter jets for a cost of $3.8 billion to Morocco’s Royal Armed Forces.

The deal will further bolster Morocco’s air force supremacy in the region as the North African country plans to revamp its operating fleet of 23 F16 with state of the art electronic systems and weaponry for $983 million.

The deal will be effective once it receives the approval of the US congress. “The purchase will improve interoperability with the United States and other regional allies and enhance Morocco’s ability to undertake coalition operations, as it has done in the past in flying sorties against ISIS in Syria and Iraq,” the DSCA said in a statement.