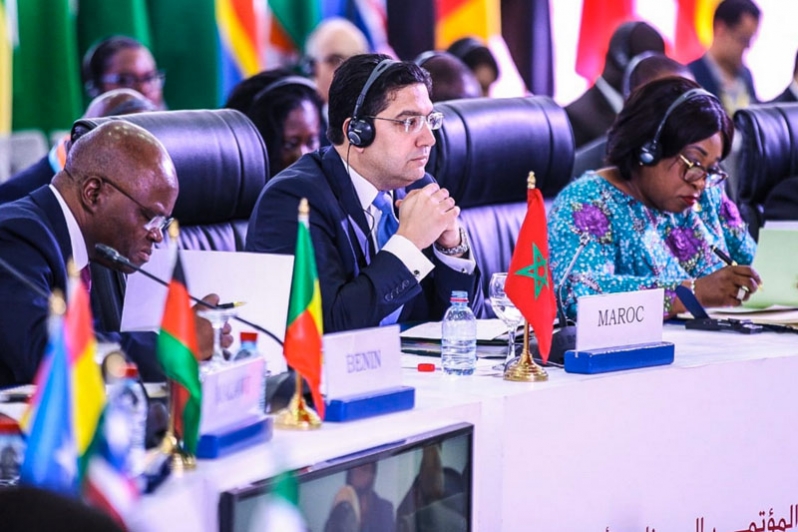 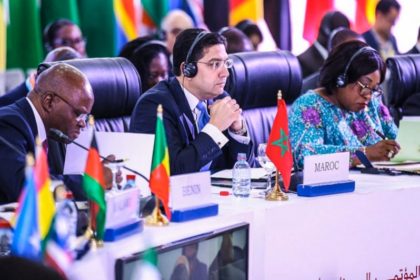 Thirty-seven countries from across Africa, two-third of the African Union members, expressed support for the UN process to settle the regional dispute over the Sahara.

At a meeting in Marrakech, the participating countries stressed the need for backing the UN process and refraining from pushing the African Union into stands that block efforts towards a political, lasting and mutually acceptable solution in line with the Security Council resolutions.

The meeting was also a chance to highlight the African Union decision 693, adopted last July in Nouakchott at a summit of the pan-African organization. The decision states clearly that the Sahara should be tackled only within the UN framework barring the road to adversaries of Morocco’s territorial integrity within the African Union who sought to create a parallel mechanism.

Moroccan diplomacy welcomed the AU’s decision as a victory on the Sahara issue. The decision made it clear that a troika made of the previous, incumbent and upcoming chairmen of the African Union is the only body that can make statements on the Sahara.

The Marrakech meeting was attended by 70% of the African Union member states sending a strong message to the countries that turn in the orbit of Algiers and Pretoria, the guardians of separatism in the continent who have for years used the Kingdom’s absence from the African Union to manipulate the pan-African organization into adopting stands that undermine the UN process.

In recognizing the Algerian-backed and funded separatist SADR entity in the 1980s, the African Union and its predecessor have prejudged the outcome of negotiations in total disregard for the UN process and for Morocco’s historical rights as a country that was divided by two colonial powers.

With only 13 countries attending a pro-Polisario meeting sponsored by South Africa in Pretoria, Morocco scores yet another victory as support for the separatist thesis wanes across Africa. Prior to Morocco’s return to the African Union, 28 states had explicitly asked the chairman of the African Union to freeze the membership of the Polisario in the African Union.

Last July, was the beginning of the AU remedying its past biases towards Morocco, which is now expanding its influence in the continent through active engagement along a solidarity based African policy yielding projects that address Africa’s pressing issues of economic and human development.

Morocco’s gradual strengthening of its ranks within the AU resulted so far in putting an end to the instrumentalization by Algeria and its allies of the AU’s most powerful body, the Peace and Security Council which was divested from treating the Sahara issue.

Even at the terminological level, the AU’s official statements stopped repeating Algerian propaganda. Henceforth, the Sahara is framed using the UN terminology, which never referred to Moroccan sovereignty over the Sahara as “occupation.”

The Polisario and their Algerian mentors are feeling the heat of an imminent change in the AU in favor of Morocco’s territorial integrity and sovereignty over the Sahara. With two-thirds of African countries not recognizing the Algerian-sponsored separatist entity, the Polisairo is becoming an aberration that disrupts the works of the AU commissions.