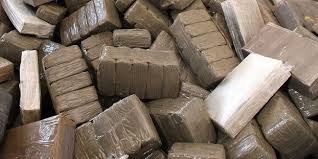 More than 80 g of cocaine, around 1.881 ton of chira seized in two operations

The judicial police of Tangiers seized 6,915 psychotropic tablets and about 80 g of cocaine, and arrested two individuals.

The elements of the Police Service of Tangiers who carried out the operation on tips provided by the General Directorate of Territorial Surveillance (DGST), seized 6,915 psychotropic tablets and about 80 g of cocaine and arrested two individuals suspected of being involved in drug trafficking.

The search operations enabled the seizure of a car, a large sum of money in dirhams, probably the drug trafficking revenue, as well as two swords, said the Directorate General of National Security (DGSN) in a statement.

The defendants were placed in custody and will be interrogated under the supervision of the prosecutor’s office, in order to elucidate the ins and outs of this case, which is part of the increased efforts in the fight against drug trafficking, the statement said.

The drug was seized onboard a vehicle driving on a regional road linking the city of Mechraa Belksiri to the region of Dar Keddari (north), said the DGSN in another statement.

Investigations are under way, under the supervision of the competent public prosecutor’s office, to identify all individuals involved in this criminal network and shed light on national ramifications and possible links with international drug trafficking networks, it said.

North Africa Post's news desk is composed of journalists and editors, who are constantly working to provide new and accurate stories to NAP readers.
NEWER POSTMorocco’s Central bank expects fewer wheat yield in 2019
OLDER POSTMoroccan delegation heads to Geneva to take part in Second round of talks on Sahara