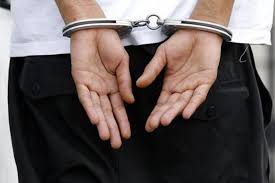 Moroccan police announced on Monday the arrest of one of the leaders of the Camorra’s infamous Mazzarella clan, a brutal Italian mafia group.

The suspect, 44, was captured in the Ourika region near Marrakech following a red notice issued by Interpol at the request of the Italian judicial authorities, for his involvement in a case of premeditated murder and possession of unauthorized firearms.

The Italian authorities have been notified of the arrest, which was carried out by Moroccan police within the frame of the security cooperation with Italy.

The arrested person is in custody pending his extradition to his home country, Italy.

Moroccan authorities did not disclose the name of the arrested individual, but according to the Italian media, this leader of the mafia is Antonio Prinno. He was on the run since 2014.

Italian Interior Minister Matteo Salvini reacted to the arrest on his Twitter account, describing it as “a nice gift” for all of Italy.

Morocco’s security and intelligence services work closely with their European and American counterparts, receive extensive training and are highly proficient.