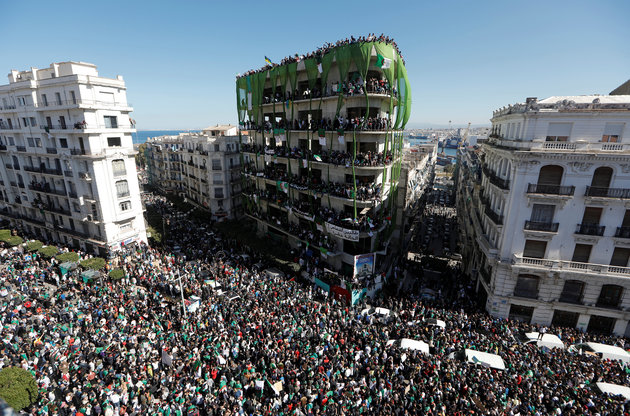 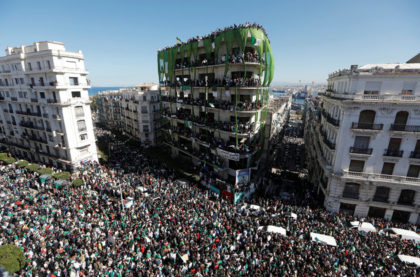 People gather during a protest over President Abdelaziz Bouteflika’s decision to postpone elections and extend his fourth term in office, in Algiers, Algeria March 15, 2019. REUTERS/Zohra Bensemra

As Algerian demonstrations continue across the country demanding the departure of President Bouteflika at the end of his current mandate, EuroMed Rights has called on the Algerian authorities to respect the freedom of expression and the right to peaceful demonstration, as guaranteed by the Algerian Constitution and the International Covenant on Civil and Political Rights (articles 19 and 21) to which Algeria is a party.

The members and partners of EuroMed Rights, LADDH, SNAPAP, CFDA and RAJ say that the roadmap proposed by the Presidency in response to the popular demonstrations goes against the will of the Algerian people.

“This is only a first step,” said EuroMed Rights President Wadih Al-Asmar on the proposed roadmap, calling on Algerians to remain vigilant and continue their peaceful mobilization until a process of democratic change is launched.

EuroMed Rights seeks to develop and strengthen partnerships between NGOs in the Euro-Mediterranean region, advocates for human rights values and development of capacities in this regard.