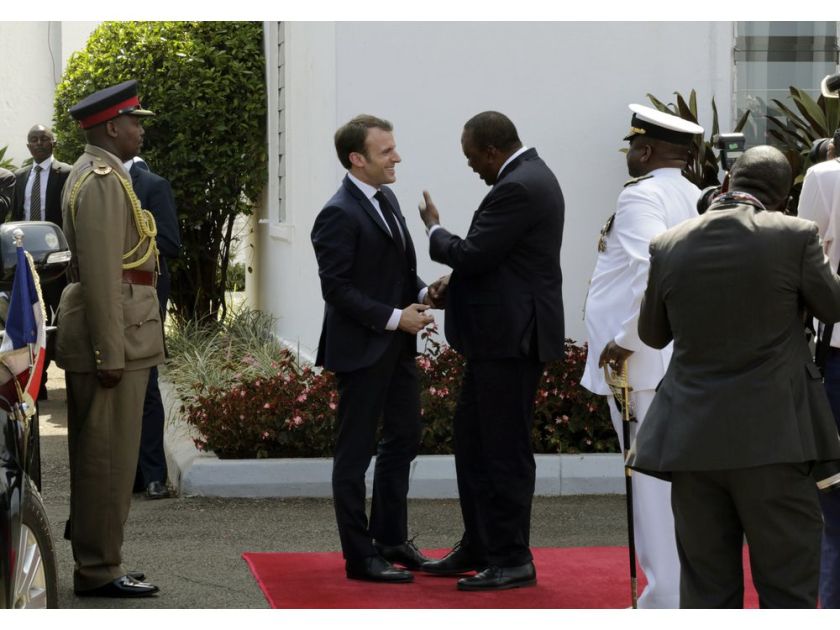 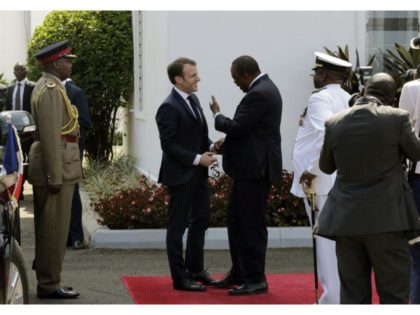 President Emmanuel Macron of France Wednesday vowed to establish security and environment cooperation between his country and Kenya as he kicked off the third and last leg of his East African tour that brought him to Djibouti and Ethiopia.

“We want to improve cooperation in the region from the security and defense point of view,” Macron said after meeting with his host President Uhuru Kenyatta.

The French leader began Wednesday a two-day visit to Africa’s second most populated country and one of the continent fast growing economic markets. He is the first French President to visit Kenya since it gained independence in 1960.

Kenya has experienced a series of terror attacks this year and over the past years from Somali-based al-Shabaab militants.

In January this year, members of the militant group staged coordinated attacks that killed 14 people in capital Nairobi.

Kenya is part of the UN-backed African multinational forces backing the fragile Somalian government in battle against the al-Qaeda-linked group.

Macron said during the inauguration ceremony that through the new factory, France wants to be part of Kenya’s new growth agenda.

The French President who will chair on Friday the UN-backed One Planet Summit said France will work closely with Kenya on green energy. The African country delivered “tremendous results in the fight against climate change,” he pointed out.

The One Planet Summit will gather more than 4,700 people, including heads of state, ministers and business leaders.

While in Ethiopia Tuesday, Macron and his accompanying French investors agreed to help establish an Ethiopian navy. The related accords also provide for air cooperation, joint operations and opportunities for training and equipment purchases, Reuters reports.

Although Ethiopia is a landlocked country since Eritrea gained independence in 1993, and although it disbanded its navy then, now, it has reconsidered its decision and tried to find in its neighborhood a naval base it can use.
Prime Minister Abiy Ahmed said last year “We built one of the strongest ground and air force in Africa… we should build our naval force capacity in the future.”

During the visit to Addis Ababa, Macron also renewed France’s pledge to contribute to the preservation of the Lalibela churches listed as World Heritage by UNESCO.

During his visit to Djibouti Monday and Tuesday, the first by a French President to the ex-colony in two decades after Sarkozy, Macron called for further economic cooperation with the African country that he branded “strategic and historic partner.

He also visited French troops in the country, which has also hosted US and Chinese military bases.