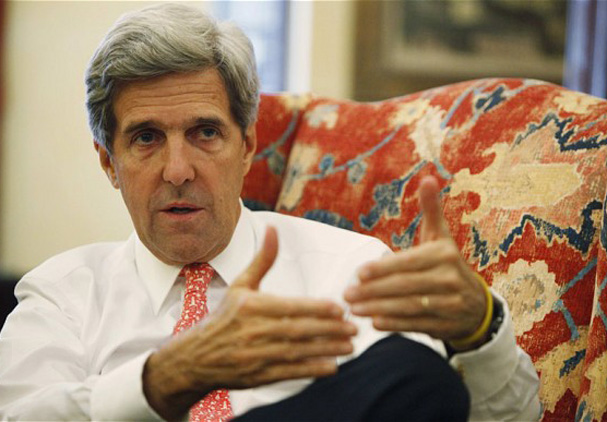 U.S. Foreign Policy to the MENA Region: John Kerry is Turning a Page

The freshly confirmed U.S. Secretary of State, John Kerry, has only been in office for a couple of weeks and has already raised some eyebrows. Despite some misgivings from the foreign policy establishment, his first overseas trip took him to Europe and some key Middle Eastern allies. Most had expected him to go to Asia first, particularly since the so called Asia-Pivot was among the few foreign policy issues that the administration of Barack Obama got under way in its first term.

Going to Asia first would have given the shift towards Asia some symbolic support. Moreover, although European allies are crucial to Washington, they do not need some urgent hand-holding. Hence, Kerry travelling to Europe first came as somewhat of a surprise. But his stops in London, Berlin and Paris demonstrate one thing: for the time being, the fiscal crisis in Europe remains crucial to the world economy and hence to the American recovery. Moreover, the visit gives a welcome nod to the special relationship with the United Kingdom, to Germany’s willingness to bail out some of the European countries facing structural problems, and France’s leadership in the Mali crisis.

But his trip also served as a reminder that the United States still faces some unfinished business on Europe’s wider periphery. After all, the Arab Spring has not yet run its course and with new elections in Tunisia and Egypt looming, the world is waiting for some sort of U.S. leadership. And, with the ongoing civil war in Syria, the administration appears to be prepared to re-consider arming the opposition directly and not confining itself to non-lethal aid alone. This development itself might have less to do with Kerry entering the State Department, since virtually all advisers to President Obama had argued for arming the opposition.

With the Assad-regime still holding the reins of power in Syria, it is time to take stock and re-evaluate Washington’s approach towards that country. His stops in Qatar and Saudi-Arabia are also a good indicator that John Kerry will be pushing for a more concerted effort on the Syrian crisis. That could well be more difficult than it seems, since the Syrian opposition had already threatened to boycott the friends of Syria meeting in Rome at the end of February. And while Washington is still considering arming the opposition, the United Kingdom has already indicated that it will do so. Kerry will also face a challenge in Qatar and Saudi-Arabia, countries that are currently arming the more radical elements among the Syrian opposition.

John Kerry is definitely turning a page. He had nothing but loyalty to show for his predecessor Secretary of State Hillary Clinton, when she faced criticism over the State Department’s handling of the Benghazi-attack in September 2012. Yet, his first weeks in office also demonstrate that his tenure at Foggy Bottom will mark a significant departure from Clinton’s time at the State Department. And with it, John Kerry is re-focusing on more old-fashioned foreign policy goals. While Clinton focused on many soft issues, such as women’s rights, Kerry pays more attention to traditional goals.

It seems likely that Kerry is going to be a different sort of Secretary and that he will use the next one or two years to prepare the ground for a more active diplomacy by the president when he enters his lame-duck period after the midterms in 2014. That will include the usual objectives for a second-term president: some progress on the peace-process in the Middle East, hence Kerry’s visit to Israel. To the traditional allies in Europe that is somewhat re-assuring and the Middle Eastern monarchies will welcome a more determined U.S. foreign policy in the region. As Secretary of State, he is re-positioning the United States. And with the current crises, it is high time that United States show some leadership again.

North Africa Post's news desk is composed of journalists and editors, who are constantly working to provide new and accurate stories to NAP readers.
NEWER POSTThe Bridge to the Bridge: The Western Balkans and Turkey
OLDER POSTIsrael: One man’s Loss can be Another’s Gain