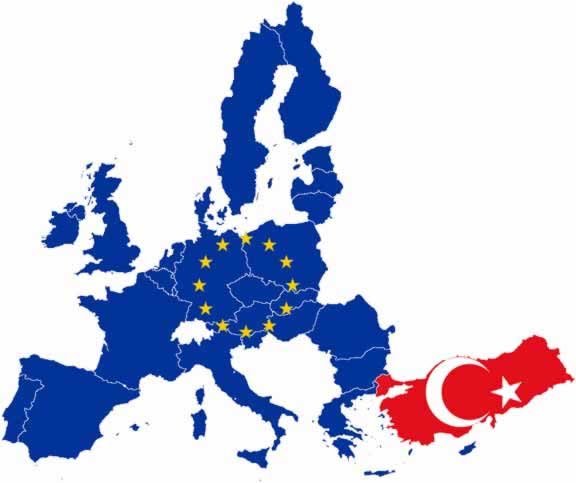 The Bridge to the Bridge: The Western Balkans and Turkey 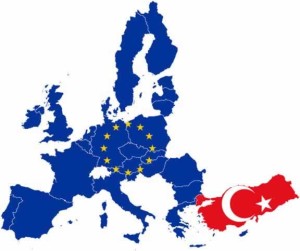 Croatia’s expected entry into the European Union as its 28th member in July 2013 is yet another reminder that Turkey, who started formal accession talks at the same time as Croatia, is still in line waiting. Along with Turkey, other actors in the Western Balkans are aspiring to become member states of the EU and each is facing different objections to entry. With the current economic crisis in the EU, it might seem futile to discuss future EU expansion and how it may affect the relationship between the Western Balkans and Turkey. Still, as Turkish President, Abdullah Gül, remarked in an interview with Foreign Affairs,”…the current circumstances for Europe are temporary; if you go back through history, no depression is endless. After each such depression in the past, countries and continents have come back stronger.”

While for Turkey and the Western Balkans, accession to the EU is the goal, they also view the process of accession significant in itself. This is because partaking in the process has contributed to the advancement of important reforms. However, due to the difficulties that arise from objections of existing EU members, instability related to the democratization process, and the strengthening of local identities, these states are beginning  to question, at least to some degree, if this is the right path for them and have begun to prepare for the possibility of other scenarios. The recent statement of Turkish Prime Minister, Recep Tayyip Erdoğan, that Turkey is considering seeking membership in the Shanghai Cooperation Organization (SCO) can be seen in this context.

For the past few years, Turkey has been rediscovering the Balkans; through financial and cultural influence, Turkey has been strengthening its position in the area. Turkey’s entrance into the Balkan has been facilitated by its strong religious and historical links with the Bosnians and Albanians. During the visit of the Bosnia and Herzegovina’s President, Alija Izetbegović, to Turkey in January 2013, Ankara organized a commemoration in remembrance of the Srebrenica massacre. Turkey considers itself as having played a significant role in pushing Serbia in 2010 to apologize for this massacre. Turkish companies have also been investing large amounts of money in the Balkans, especially in Bosnia and Albania. This can be seen not only as economic investment, but also as an attempt to influence both the governments and public opinion in these countries. Through associations and agencies such as Turkish Confederation of Businessmen and Industrialists (TUSKON) and TIKA (Turkish Cooperation and Coordination agency), Turkey has been trying to strengthen its ties with the local population.

There are not only material issues at stake. Turkey recognizes that the traumatic past of the Balkans, and especially the wars of independence in the 1990s, have caused much resentment within the Muslim population in these states and it understands the need of such groups to recreate a strong Muslim identity albeit with an attachment to the Balkans as a local dimension. Especially since the rise of the Justice and Development party, Turkey itself has been dealing with the challenge of combining nationalist sentiments with the rising Islamic tide – to this end, there is a strong belief that these two can co-exist.

In the first two scenarios, Turkey and the Western Balkans may see much compatibility in their interests, and Turkey might even be given the role of the leader of the “unwelcome states”. This situation, coupled with the growing weakness of Russia and the US in the region, will further strengthen Ankara’s position in the area. In the third scenario, while it may seem that each side will be left to independently deal with the EU, strong Turkish-Western Balkans relations may in fact lead to more economic prosperity that may facilitate, at least for the smaller states, the ability to meet the EU accession criteria.

The question of what will the future borders of the EU look like is up for debate both within the current member states and within the states aspiring to enter the union. Both the Western Balkans and Turkey have at times been presented as the “bridge” between East and West and as the gate to Europe. It seems that the existing links between Turkey and the Western Balkans that are likely to intensify in the near future, will be beneficial to both sides and may serve as “the bridge to the bridge” for them to raise the prospects of future entry to the EU.

North Africa Post's news desk is composed of journalists and editors, who are constantly working to provide new and accurate stories to NAP readers.
NEWER POSTLibya: the economy growth continues to recover, but…
OLDER POSTU.S. Foreign Policy to the MENA Region: John Kerry is Turning a Page