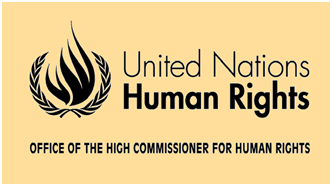 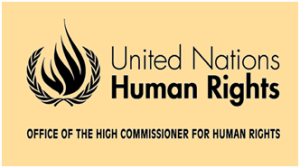 The United Nations Special Rapporteur on torture and other cruel, inhuman or degrading treatment Juan E. Méndez hailed the progress scored in Morocco with regard to the promotion of human rights culture and prevention of torture and ill-treatment.
The Special Rapporteur who was presenting to the 22nd session of the Human Rights Council currently held in Geneva a report on a visit he paid to Morocco in September 2012 confirmed that “a culture of human rights is emerging,” and that there is the political will among the various Moroccan authorities “to build up an institutional culture that prohibits and prevents torture and ill-treatment.”
Hailing the establishment of the National Council of Human Rights (French acronym CNDH) as “the most prominent institutional aspect of this emerging culture,” the UN official underscored the council’s fruitful efforts to further raise awareness among authorities and civil society and to promote the protection of human rights.
“The CNDH is an independent and highly credible body and its reports carry great moral weight. It can become an effective monitoring mechanism and mediator between the State and its citizens if its recommendations are implemented in good faith,” the Special Rapporteur said calling for the strengthening of this institution.
The UN official also recalled, part of the development of this emerging culture, “the extraordinary effort” made by Morocco to reckon with the legacy of past abuses, discovering and disclosing the truth and offering reparations to victims.
Despite the advances, he however estimated that “efforts are still needed to increase trust and cooperation between the State and civil society so that all non-governmental organizations are able to work more effectively with national and international mechanisms and to conduct advocacy on the basis of well documented cases.”
The Special Rapporteur who underlined that the new Moroccan Constitution, adopted in July 2011, forbids under all circumstances acts of torture or acts that are “cruel, inhumane, degrading or that harm one’s dignity”, said the situation on the ground regarding the practice of torture has generally improved from the past decades. However, he said, more efforts are needed to eradicate once and for all undue physical and mental pressure on detainees in the course of interrogations and any acts of torture or ill-treatment during the detention and arrest processes.
He also stressed the need for prosecutors and investigative judges to take into account complaints of alleged torture and called on authorities to develop the forensic capacity of the prosecution and judiciary. There is a need for significant investment in the fields of psychiatry and forensic medicine, accompanied by specific training of forensic experts on the assessment of ill-treatment and torture, in line with international standards, he said.
He also acknowledged the difficult situation for the authorities regarding the flow of undocumented migrants, particularly in the north of the country. At the same time, he voiced concerns about the increase of reported violence of security forces against this particularly vulnerable group.
“I urge the authorities to take all necessary measures to prevent further violence and to investigate reports of violence against sub-Saharan migrants,” he said.
Independent experts, or special rapporteurs, are appointed by the UN Human Rights Council to examine and report back, in an unpaid capacity, on specific human rights themes.
CATEGORIES HeadlinesMorocco
Share This