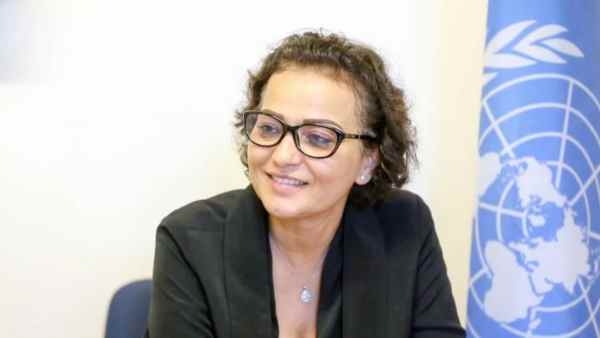 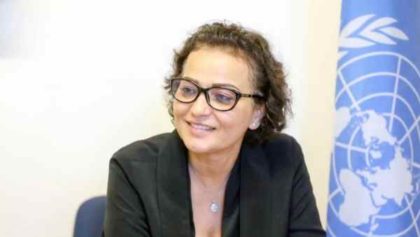 The United Nations announced on Tuesday that Moroccan diplomat Najat Rochdi, who holds several humanitarian positions in the UN, has been appointed senior humanitarian advisor to the UN special envoy for Syria.

Ms. Rochdi will chair the International Syria Support Group’s Humanitarian Task Force on behalf of Mr. Pedersen and help facilitate crucial humanitarian access and protection of civilians in Syria through supporting humanitarian negotiations in coordination with the UN country team and the Office for the Coordination of Humanitarian Affairs, the UN said.

Rochdi has broad experience in humanitarian and development affairs.

She has been serving as the UN resident coordinator, humanitarian coordinator, and UNDP resident representative in Cameroon since 2013. She is also the head of the UN Inter-Agency Standing Committee’s peer-to-peer team, which links key operational agencies of the UN.

In addition, Rochdi is the former deputy special representative of the UN Secretary-General and humanitarian coordinator in the Central African Republic.

She served as deputy director in charge of policy, communication and operation in the UNDP Geneva Liaison Office and as UNDP regional coordinator of Information and Communication Technology for Development in the Arab Region in Cairo.

Rochdi held a number of positions in the Moroccan government prior to her work with UNDP.

She was the deputy minister of small and medium enterprises in 2003 and served as advisor in the prime minister’s office and general director of international cooperation from 1999 to 2001.

Rochdi was a professor at College Royal and at the Information Sciences University in Rabat.

Born in 1961 in Morocco, Rochdi holds a doctorate in mathematics from the National Institute of Statistics and Applied Economics (INSEA) in Rabat and a degree in engineering in computer sciences from the University of Montreal.