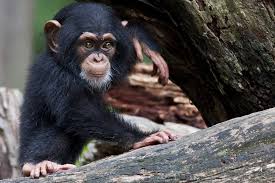 Guinea: Hydropower plant could kill up to 1,500 chimpanzees

Sinohydro, the world’s biggest hydroelectric power plant construction company, and the Organization for the Promotion of the Senegal River (OMVS) have been awarded the construction of a hydropower plant in Koukoutamba, Republic of Guinea.

The 294 MW Koukoutamba dam will be built in the middle of a newly declared protected area called the Moyen-Bafing National Park in to the northeast of Conakry.

OMVS plans three other hydropower projects in the mid-term in Guinea and 20 micro-plants for rural electrification. OMVS is currently developing an infrastructure program, which aims to collect 67 percent of the river’s potential energy generation.

The project has however triggered controversy.

According to experts up to 1,500 chimpanzees could be killed by the new dam that will swamp a crucial sanctuary for the endangered primate in Guinea. Their number has declined by 80% over the past 20 years. The highlands of Guinea are home to Africa’s healthiest remaining population of about 16,500 western chimpanzees.

Besides, the flooding of swathes of the park is expected to force the displacement of 8,700 people.

The plan for the dam is popular in Guinea. But conservationists say the local population is unaware that the electricity will not be generated for them.

Three quarters of the energy will be sold to neighboring countries and the remaining quarter is for the mining industry, Rebecca Kormos, a primatologist who has been researching the animal for decades warned.