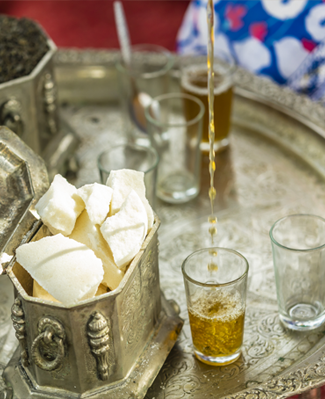 Morocco’s first sugar refinery Cosumar confirmed that production in its new refinery in Yanbu, Saudi Arabia, will start by the end of 2019, as planned.

The confirmation was made by the firm’s CEO Mohammed Fikrat in a statement to the media Tuesday, in Casablanca.

The establishment of the new white sugar refinery, named Durrah sugar refinery, was announced in 2016, as part of a joint venture between Cosumar and the Saudi partners Consolidated Brothers Company and Industrial Project Development Company, Wilmar, with Cosumar Group holding 43.27 % in the capital of the refinery.

The nominal 850,000 tons of white sugar to be produced by the refinery are destined primarily for the Saudi market. The refinery location in Yanbu Port is close to major Saudi cities (Jeddah, Medina, Mecca).

However, as MENA’s needs exceed 4 million tons per year, exports to neighboring countries may be envisioned.

Cosumar’s Morocco-based refinery exports 400,000 tons of sugar to 40 countries in Africa and in the MENA region.

«Exports represent between 20 to 25 percent of our turnover», Fikrat said, adding that Cosumar imports half of its raw sugar needs from Brazil and produces the rest locally.

Part of its ambitious expansion plans, Cosumar Group set up with SOGECILE, a Guinean company, COMAGUIS (Compagnie Maroco-Guinéenne de Sucre) to strengthen its commercial presence in West Africa through the packaging and marketing of white sugar in Guinea Conakry.

Cosumar holds 55% of stakes in COMAGUIS, while the remaining 45% are held by SOGECILE.
The first commercial operations of COMAGUIS are planned for the third quarter of 2019.
The production unit, located 1km from the port of Conakry, will have a production capacity of 50,000 tons.

According to a posting on Cosumar’s website, COMAGUIS products will bring a diversified and competitive supply of sugar conditioning to Guinean consumers and neighboring countries.
COMAGUIS will provide a high quality sugar and modern packaging adapted to local needs. The new offer will be composed of granulated sugar and sugar molded pieces packaged in different formats.

This investment confirms Cosumar’s strategic vision for the development and promotion of the export business, which will enable the Group to become a competitive regional agro-industrial player.