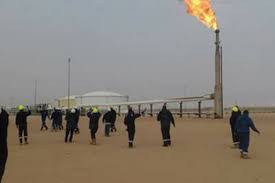 Mustafa Sanallah, the Chairman of Libya’s National Oil Corporation (NOC), which manages the North African country’s oil exploitation, Sunday said the Sharara oilfield in the South remains shut down because of the presence of armed forces.

The Sharara oilfield, Libya’s biggest, has come to a standstill since December after some armed groups seized it to make socio-economic demands.

The Libyan National Army (LNA), the East-based army led by Khalifa Haftar, last week said it handed the field producing 315,000 barrels a day to an oil security force following the military campaign launched in December to squash terror and criminal groups operating along the southern borders of the country.

Following the seizure, the LNA told NOC this month to lift force majeure, a contractual waiver. In response to the demand, NOC Chairman Mustafa Sanallah said conditions were not met.

“The field is closed because of the presence of a group of civilians, armed militia, and some military people with them,” he said in a video post. “The field is not yet safe,” he said.

Sanallah said the National Oil Corporation is neutral and deals with all parties in Libya’s conflict.

NOC is based in Tripoli where the UN-backed Government of National Accord (GNA) is headquartered.