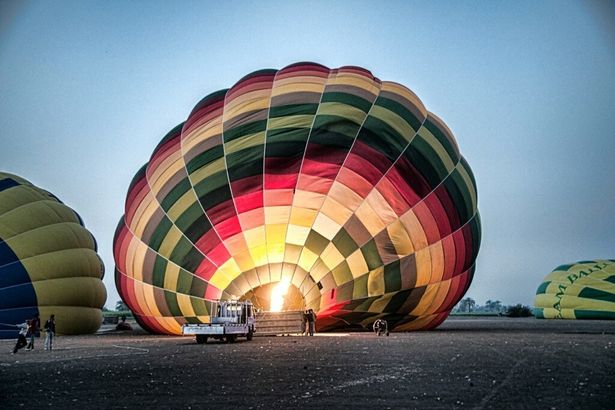 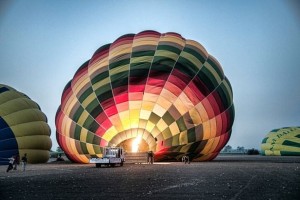 Nineteen foreign tourists from Britain, France, Japan, Hong-Kong, China and Hungary were killed in a hot air balloon crash that occurred Tuesday near the Egyptian city of Luxor
The balloon was at 1,000ft (300 m) when it caught fire and plunged into fields west of the ancient city. This tragedy, the world’s worst ballooning accident, is expected to deal another hard blow to the ailing Egyptian tourism industry which is already suffering from political turmoil and instability.
The balloon’s pilot and a Briton were the only survivors. They jumped out of the balloon before it crashed as the flames were spreading quickly and ignited a gas canister, leading to an explosion.
According to Egypt’s state prosecutor, a landing cable got caught around a helium tube causing the fire to start. An account confirmed by the Balloon’s operating company which said that the explosion happened when ground crews tried to anchor the balloon and the ropes hanging from the basket became entangled in the leads of the gas cylinders. The sharpness of the ropes severed the leads, sparking fire.
Following this accident, Egyptian authorities opened an investigation and ordered the suspension of all hot air balloon flights until they know exactly what happened.
Balloon trips at sunrise are popular among foreign tourists in Luxor which stands on the banks of the Nile River and on the site of the ancient city of Thebes, one of the major hot destinations in the world. But this accident, which raised serious safety concerns, is likely to hurt the Egyptian tourism industry. The sector employs one in 10 workers and is one of the economy’s main sources of foreign revenue.
Tourism has been hit hard by the 2011 popular uprising against Hosni Mubarak and the aftermath political turmoil. Last year, 10.5 million tourists visited the country and brought about $9.37 billion to Egypt. This year, the number of foreign tourists is expected to reach 11.5 million against 14.7 million in 2010. Unfortunately, this balloon crash happened as the tourism industry was recovering slowly.