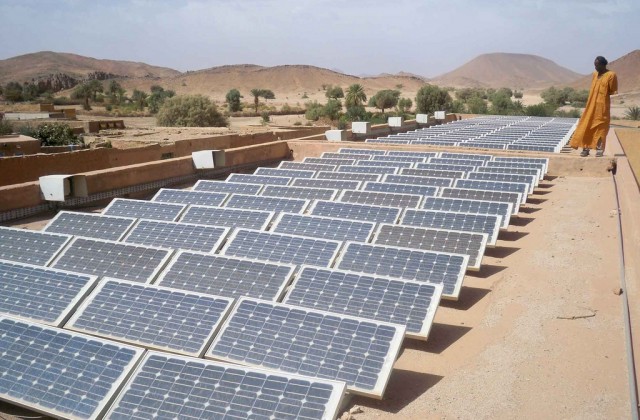 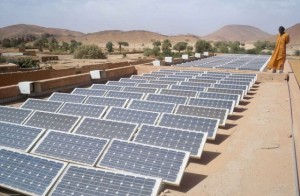 A study led by Nottingham Trent University’s School of Architecture, Design and the Built Environment found that Libya could generate enough renewable power to meet its own demand and a “significant part of the world energy demand by exporting electricity”.
The study declared that Libya has an average daily solar radiation rate of about 7.1 kilowatt hours per square meter per day (kWh/m²/day) on a flat plane on the coast and 8.1kWh/m²/day in the south region. Libya uses only 0.1% of its estimated 88% desert territory for solar power.  The study forwarded that the country can produce the equivalent to almost seven million barrels of crude oil per day in energy.
The head of the Innovative and Sustainable Built Environment Technologies research group, Dr Amin Al-Habaibeh, said that in spite of Libya being rich in renewable energy resources, “it is in urgent need of a more comprehensive energy strategy.” He added that it is hard to break away from depending on oil and gas due to its demands and the revenue it generates. Renewable energy technology needs a clear strategy and timetable to take it forward, and human resources need to be developed to install and maintain renewable energy systems,” he pointed out.
Libya’s dry, hot and prolonged gusts are also being considered to be of great potential for wind power. Ahmed Mohamed, a Nottingham Trent University PhD student, from Libya said it could play a major role in satisfying electricity demands in the future.
If Libya could harness only a tiny fraction of the renewable energy resources it has available in the form of solar and wind power, not only could it meet its own demands for energy, but also a significant part of the world’s demands by exporting electricity.