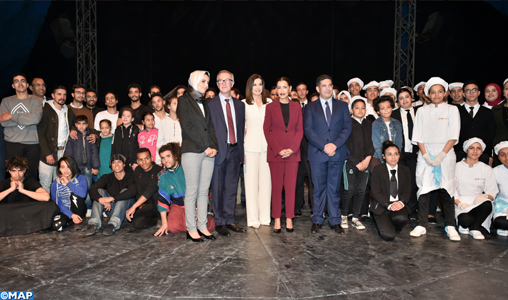 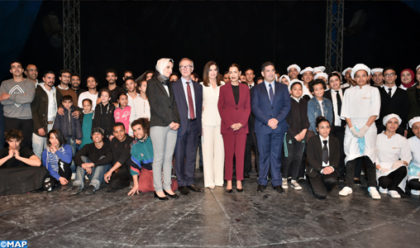 Queen Letizia of Spain and Princess Lalla Meryem, Chairwoman of the National Observatory of the Child’s Rights (ONDE), visited on Thursday the second chance school” in Salé, l’École Nationale de Cirque Shems’Y, considered as a lever for inclusion and social justice for equitable development.

During the visit, ONDE executive director Lamia Bazir made a presentation on the measures taken at state level to give a second chance to out-of-school children and help them have access to education.

She explained the functioning of the non-formal education programs and of the Second chance School, as a mechanism for the reintegration of school dropouts in the educational system, adding that these programs are promoted as part of the “Cities without street children” initiative.

Afterwards, Queen Letizia of Spain and Princess Lalla Meryem visited schoolrooms and workshops and chatted with some young people who have benefited from the School’s non-formal education and training programs.

Queen Letizia had accompanied her husband King Felipe VI of Spain who paid an official visit to Morocco February 13 and 14.