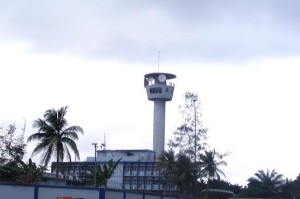 The Arab Contractors (AC), one of the leading construction companies in Egypt and the MENA region, has won a $30mln contract for the extension and modernization of the Abidjan International Airport cargo facilities.
The project, funded by the Islamic Development Bank, will enable the Ivory Coast authorities to replace the old airport by a new state of the art terminal, to include new aerobridges and new parking lots.
The Egyptian contractors will also have to refurbish the apron, renovate access roads and increase the terminal’s capacity from 11’000sqm to 26’000sqm. The ultimate goal of this project is to create a commercial zone next to the airport, with a lodging area, hangars, a convention centre, a duty-free zone, office buildings, warehouses, exhibition halls, a shopping centre and housing for flying staff.
The Arab Contractors company employs 77,000 persons and is present in nearly 30 developing countries. The company is specialized in the construction of public buildings, bridges, roads, tunnels, airports, housing, power stations, dams, hospitals, and restoration of monuments. It also carries out irrigation, water & sewage projects, electromechanical projects and provides engineering, technical and consulting services.
Sensing the huge business opportunities in Iraq after the war, the company has opened lately two new offices in the country. It is hoping to capitalize on its experience in building affordable housing to win contracts for low-cost homes.
In 2010, the Egyptian Company announced that it would be building 1 million housing units in Iraq. The firm pins high hopes on its international expansion to weather the current stagnation in Egypt’s construction industry as political tension continues to deepen between the Muslim brothers and Liberals.

Sabah Lebbar is the former head of english desk at Maghreb Arabe Press , and she has been the Moroccan news agency correspondent in Washington D.C for several years. She is a well-known and respected Senior correspondant/journalist in the Arab World and the US, and has done extensive interviews and coverage of US elections and major events throughout the globe . She is the Editor in Chief of North Africa Post since the beginning of the project in 2012.