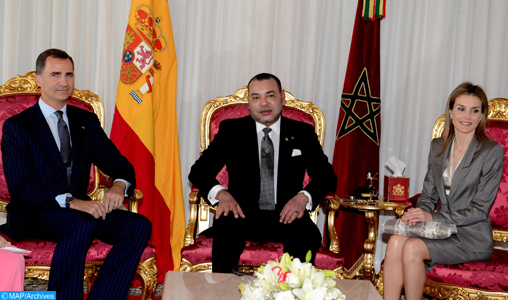 King of Spain & Spouse on official visit to Morocco this week 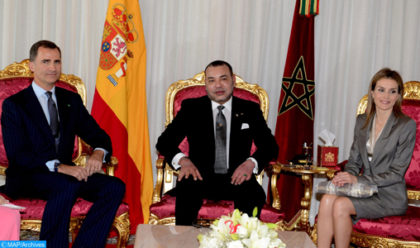 King Felipe VI of Spain and Queen Dona Letizia will pay an official visit to Morocco on February 13 and 14, at the invitation of King Mohammed VI, announced on Monday the Ministry of the Royal Household, Protocol and Chancellery in a statement.

The two Sovereigns will hold official talks and will preside over the signing of several agreements between the two countries, the statement said, adding that King Mohammed VI will host a dinner banquet in honor of his guests and their accompanying delegation.

This visit reflects the depth and quality of bilateral relations, and the shared desire to consolidate the multidimensional strategic partnership between the two neighboring and friendly countries, the statement said.