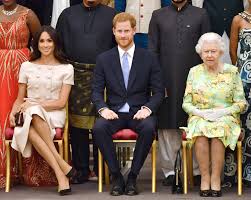 Prince Harry and Meghan Markle, the Duke and Duchess of Sussex, will visit Morocco at the end of February, reported on Friday the Daily Mirror.

The Moroccan trip was also announced on the Kensington Palace Twitter account. It stated: “The Duke and Duchess of Sussex will visit Morocco from Saturday 23rd February to Monday 25th February 2019.

“This visit is at the request of Her Majesty’s Government. Full details of the visit will be announced in due course.”

The visit of the royal couple to the North African Kingdom will take place just weeks before the Duchess is due to give birth to their first baby.

Meghan’s exact due date hasn’t been made public but Kensington Palace said it would be in the spring.

During an engagement in Birkenhead, Merseyside, Meghan told a well-wisher she was six months pregnant and is due “around April”.