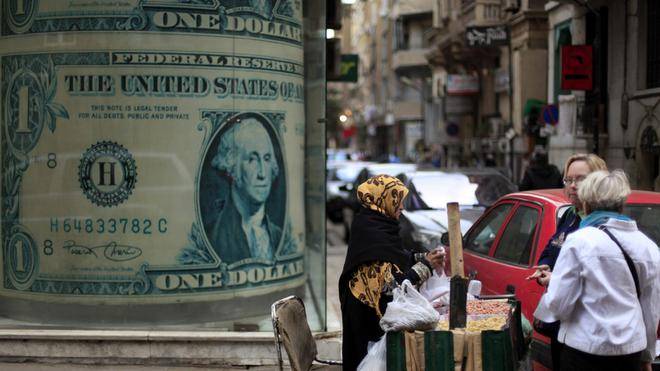 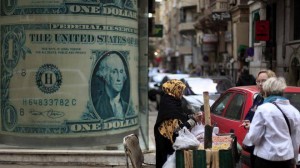 Governor Hisham Ramez of the central bank has said that the foreign cash reserve recession rate may decline by next month. The central earlier on this month announced that the reserves had reached US$13.6 billion, which would amount to a 16-year low, compared to $36 billion on the eve of the 2011 uprising that ousted former President Hosni Mubarak, according to financial news agency Bloomberg.
The governor made these declarations during an interview with a newspaper during which he said that he expects the government to forward its reform plans for the economic crisis to the International Monetary Fund in less than a week so that they will be able to acquire the much needed $4.8 billion loan. He claimed that the government will submit its economic reform plan to the IMF within the timeframe of a week after having discussed it with “the people and political parties”.
Egypt concluded a deal with IMF in November but decided to postpone its ratification when demonstrations against the conditions took over the streets in the capital. Political tensions also took its toll.
Reserves have been hit by political turmoil that has scared off investors and tourists. It affected the coffers of the country but Governor Ramez assured that the “the rate of decline in foreign reserves could be lowered next month.” They are now less than the amount needed to cover three months of imports.
Diplomats say an IMF deal could unlock up to $12 billion in extra funding from a range of sources including the World Bank, the European Union, the United States and Gulf Arab countries.
The Egyptian pound has lost 14% of its value since the 2011 revolt, with more than 8% of the decline occurring since the end of December.