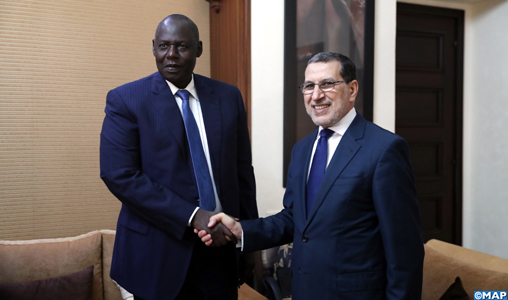 Niger Hails Contributions of Moroccan Companies to its Development 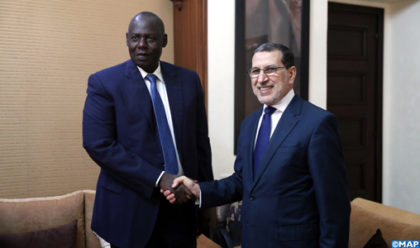 Speaker of Niger Parliament Ousseini Tinni has commended the positive contributions made by Morocco in support to the development process in this African country through the presence of several Moroccan banks, telecom firms, public works companies…

During a meeting held Monday in Rabat with Head of Moroccan Govt Saad Eddine El Otmani, Mr. Ousseini, who is paying a working visit to the North African Kingdom, praised the sound and long-standing friendly ties binding the two countries, voicing satisfaction over the momentum of bilateral cooperation following the signing of 16 partnership agreements during the 4th session of the Morocco-Niger Joint High Committee held in Rabat last December.

The agreements sealed by the joint committee include projects in the sectors of trade, tourism, culture, health, training, justice, customs and transport.

Talks between Mr. Ousseini and the Head of Moroccan Government focused on Morocco’s African policy, the partnership between the legislative institutions of the two countries and parliamentary diplomacy.

Speaker of Niger Parliament also met with Secretary of State to Foreign Affairs Mounia Boucetta. The two sides reviewed the security challenges in the Sahel and the peace initiatives aimed at ensuring stability and prosperity in the region.

“Morocco and Niger share the same vision” in this regard, said Mrs. Boucetta, stressing the need that the security approach be accompanied by development efforts to create wealth and investment opportunities in the Sahel region.

North Africa Post's news desk is composed of journalists and editors, who are constantly working to provide new and accurate stories to NAP readers.
NEWER POSTSeasonal flu situation in Morocco, normal- WHO says
OLDER POSTTunisia: State of emergency extended for another month