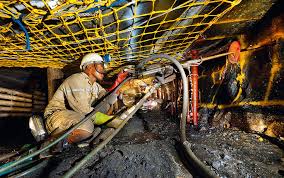 The Minerals Council of South Africa on Thursday warned that the country could lose up to 150,000 jobs, if state-owned electricity supplier Eskom is granted permission to increase electricity tariff by 15%.

Eskom has asked government for a 15% tariff increase over three years.

The mining lobby group said the move would also hasten the demise of the gold mining industry, where 61, 367 employees were working at marginal or loss-making mines. The group stressed that the tariff hike would also push down production to 20 tons from the current level of 140 tons a year.

The council pointed out that the volatile price environment had already seen the jobs bloodbath heightening.

The council also predicted that if the tariffs are put in place, the percentage of South African gold operations considered to be making a “marginal” profit or making a loss would increase from 71% in 2018 to 96% in 2021.

South Africa has struggled with power supply issues in recent years, as demand for electricity has increased. The economy has boomed and townships that were not connected in the apartheid era have been switched on. The problems have arisen through lack of planning and investment.

Eskom, which supplies the power to South Africa’s homes, workplaces and mines, is the seventh-largest electricity generator in the world.

Since 2006, electricity prices have increased by 523% for mining companies, while 18,300 jobs have been lost as a direct result of the growing costs of powering operations, according to the Minerals Council.