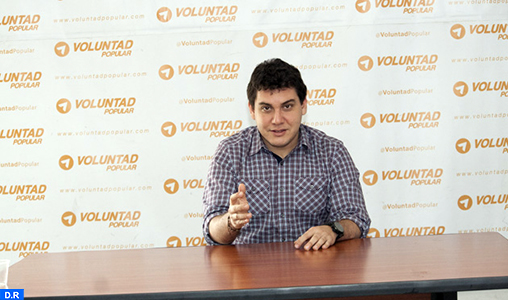 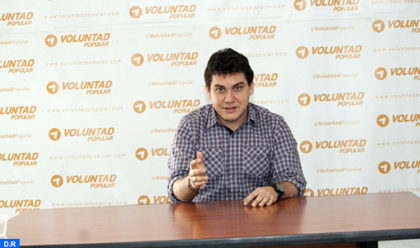 The Venezuelan government, led by interim President Juan Guaido, will endeavor to restore diplomatic relations with Morocco, which were suspended under the regime of Nicolas Maduro, said Monday in Caracas Manuel Avendano, Foreign Affairs Consultant to the Venezuelan National Assembly (Parliament), the only body controlled by the opposition.

“We want to restore our relations with the Kingdom of Morocco,” Avendano told MAP correspondent. The willingness to “restore and deepen” relations between Caracas and Rabat is driven by the common denominators as well as by the cultural and economic exchanges that existed between the two countries in the past, he said.

“The position of Nicolas Maduro’s regime concerning the Kingdom of Morocco has not been beneficial to either country. There have been actions and rhetoric that have separated the two states,” the foreign affairs consultant said.

“This will change under the Guaido government,” Avendano promised, noting that his country wants to turn the page of twenty years of “chavism” and “madurism” to adopt its own positions on diplomatic issues.

Avendano underlined the importance of restoring relations with Morocco because, he said, “we had cultural and economic exchanges that we want to upgrade.” He added that the government led by the President of the National Assembly wishes to have “open” and “broad” relations with the Kingdom. “Our prime objective is to re-establish relations with Morocco,” he insisted, underlining that Guaido’s government seeks to enhance these relations to serve the interests of both countries and peoples.

Regarding the Moroccan Sahara issue, Avendano, a member of the interim President Juan Guaido’s Voluntad Popular party, said the Guaido government will support the political process conducted under the auspices of the United Nations to achieve a peaceful and mutually acceptable solution to this regional dispute.

“On the issue of the Sahara, we want to support the settlement process of this regional dispute within the framework of the United Nations,” he said, while underlining the importance of reaching “a peaceful and acceptable solution to this conflict.”

Commenting on the current situation in his country, he noted that Juan Guaido has been recognized as a legitimate interim president by a large part of the international community, and is seeking more support in accordance with the Venezuelan constitution, unlike Maduro, who is trying to usurp power.

International recognition is important to promote the return of democracy to Venezuela, said the expert in international relations, insisting that Guaido’s government wants “to gain recognition from the Kingdom of Morocco.”

“Venezuelans want to rebuild their country…we have had a 20-year nightmare, Chavism is a lie… Venezuela wants to restore the constitutional system and law,” he said.