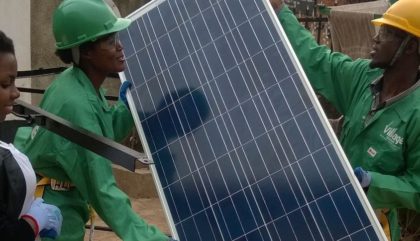 The Rural Electrification Agency (REA) of Uganda has invited sealed bids for construction and completion of the 11kV/33kV lines and associated low voltage networks for grid intensification in the East African nation.

The development comes after Parliament okayed government to borrow $200 million from the Exim Bank of China to finance the power distribution project targeting rural areas.

According to Syda Bbumba, a member of the Natural resources Committee in Parliament, the government wants to see all sub counties across the country connected to the national grid. “Our country is performing poorly when it comes to grid connections especially in the rural areas,” she said.

According to the Executive director of REA Godfrey Turyahikayo, the $200 million amount will see the rural National Grid connectivity reach 40% once the project is fully implemented as it was designed.

REA is implementing a rural electrification Strategy and Plan 2013-2022, which is expected to cost about $951.6 million.

Uganda meets more than 93% of its energy demand with biomass, 6% with fossil fuel combustion and only 1% with electricity from hydro and fossil fuelled thermal power plants.

Only about 10% of the population has access to electricity, and in rural areas, it’s less than 5%.