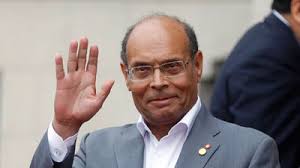 Former Tunisian President Moncef Marzouki laid into the United Arab Emirates (UAE) that he said had plotted to destabilize the North African country.

“We reaffirm that we sense the existence of a conspiracy against Tunisia aiming to destabilize it,” he said.

“The UAE has informed the United States and many Arab countries about it [the conspiracy],” he added.

Marzouki took over the country right after the removal of former autocratic leader Zine Ben Ali in the 2011 revolution. He led Tunisia until 2014 before incumbent leader Caid Essebsi was elected.

For the former President, the Gulf country “has flagrantly attacked the Tunisian people. “It also attacks the people of Yemen, Syria and Libya,” he was quoted by the media as saying.

The leader of the Congress for the Republic also castigated Essebsi for hosting the UAE’s Saudi ally, Crown Prince Mohamed bin Salman, who was received in November last year amid international concerns connecting him to the assassination of Saudi journalist and Washington Post contributor, Jamal Khashoggi, in the Saudi consulate of Istanbul.