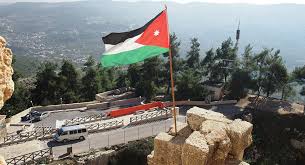 Jordan Tuesday announced the re-establishment of ties with Syria with the appointment of a Chargé d’affaires as relations between the war-torn country and several Arab States are warming up.

The Jordanian foreign ministry has appointed an “unnamed Jordanian diplomat with the ranking of counsellor” for its mission in Damascus, Arab News reports.

“The decision is in line with the Jordanian stance since the Syrian revolution erupted in 2011,” the ministry’s spokesman stressed.

The move comes as several Arab countries have resumed thawing ties with President Bashar al-Assad’s regime. Several members of the Arab League, including Jordan, cut off ties with Syria in 2011 over President Assad’s crackdown on protestors.

Some countries also supported rebels opposed to the embattled Syrian regime until last month when several of these countries, including UAE and Bahrain, announced resumption of diplomatic ties with Damascus.

Bashar also came out of isolation in December after he received Sudan’s President Omar Al-Bashir, who became the first Arab leader to visit Syria since 2011.

Several other countries including Kuwait and Lebanon are waiting for the Arab League to reinstate Syria to reestablish ties.

Qatar has however vowed to maintain the diplomatic détente.