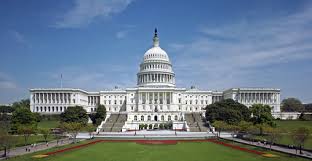 Only few days after the diplomatic victory scored by Rabat with the adoption by the European Parliament with a large majority of the Morocco-EU Farm Agreement that covers the Sahara, the U.S. Congress dropped a House text included in the 2019 draft Appropriation Bill, which excluded the Sahara from the U.S. financial aid to Morocco.

According to U.S. press reports, the new amended draft bill approved by the two Chambers of the U.S. Congress (House of Representatives and Senate) protects the U.S.-Moroccan geostrategic interests and defends the longstanding bilateral relations. It maintains Moroccan Sahara in the programs of the US Agency for International Cooperation (USAID).

If the enemies of Morocco’s territorial integrity, especially the Polisario and Algeria, suffered a major setback with the explicit recognition by the European Parliament of Morocco’s sovereignty over the Sahara when it adopted the new Morocco-EU farm deal, the new decision of the U.S. congress represents a fresh diplomatic victory for Rabat, backed by the international community, which recognizes the legitimacy of the Moroccan stand and defends its territorial integrity.

For the Moroccan ministry of Foreign Affairs, the adoption by the European Parliament by an overwhelming majority of the Moroccan-EU Agriculture Agreement confirms that “any agreement covering the Moroccan Sahara can only be negotiated and signed by the Kingdom in the exercise of its full sovereignty over this part of its territory”.

The Morocco-EU Farm Agreement was renewed by the EU after conducting inclusive consultations with all stakeholders, including the Sahara local inhabitants. It extends EU preferential tariffs to all agricultural and fisheries products from the Southern provinces of Morocco.

The EU considers Morocco as a key partner and one of its “major friends and allies” in the region. The Union says the adoption by the European Parliament of the Morocco-EU farm deal supports the local Sahara economy by promoting exports and responds to the will expressed by a large number of elected Sahrawi representatives, politicians, civil society militants and economic operators.