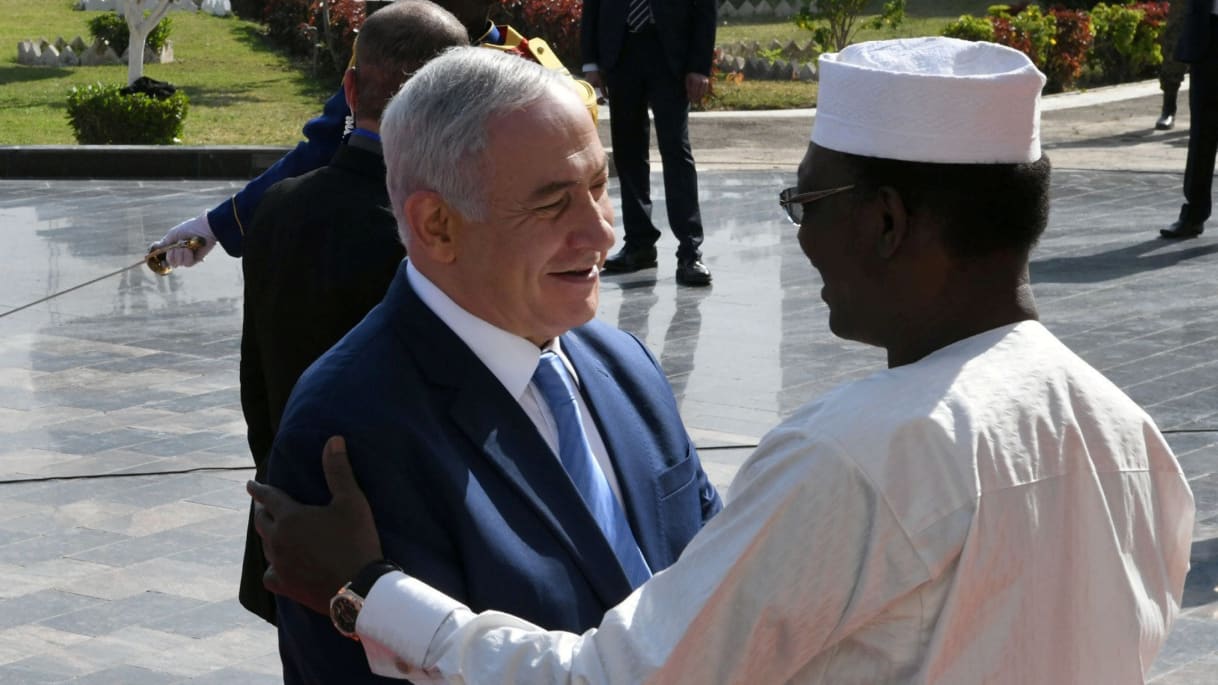 Towards Restoration of Diplomatic Ties between Israel & Chad? 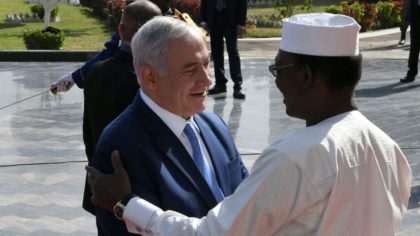 Israeli Prime Minister Benjamin Netanyahu met with Chadian President Idriss Deby Itno at the presidential palace in N’djamena on Sunday, during a visit his office described as a “historic breakthrough”.

According to Netanyahu, the visit to a very large Muslim country with borders with Libya and Sudan is part of the revolution “we are leading in the Arab and Muslim world that I promised to accomplish.”

He said the visit to Chad would bring “great news”, apparently referring to a possible resumption of diplomatic relations that Chad had broken in 1972.

“All this irritates and even provokes the anger of Iran and the Palestinians who are trying to prevent it (rapprochement with Arab or Muslim countries), but they will not succeed,” Netanyahu said.

The trip of the Head of Israeli government comes just two months after Deby’s surprise visit to Jerusalem.

Chad broke off ties with Israel 46 years ago under pressure from the leader of its northern neighbor, Libya’s Muammar Gaddafi.

Idriss Deby himself became President of Chad in December 1990, with Libyan political and military support. Late Gaddafi had injected huge investments in Chad, where he owned two banks and some luxury hotels. Gaddafi had built dozens of schools, mosques and medical facilities, as well as communication and agriculture infrastructure.

The Chadian President is likely to seek Israel’s help to keep himself in power and France, his main backer, “encouraged him to visit Israel,” according to Aqreen Saleh, the former Libyan ambassador to Chad who knows Deby personally.

During his visit to Israel in November, Deby had said his visit would enable the opening of a “new chapter” in ties between the two countries.