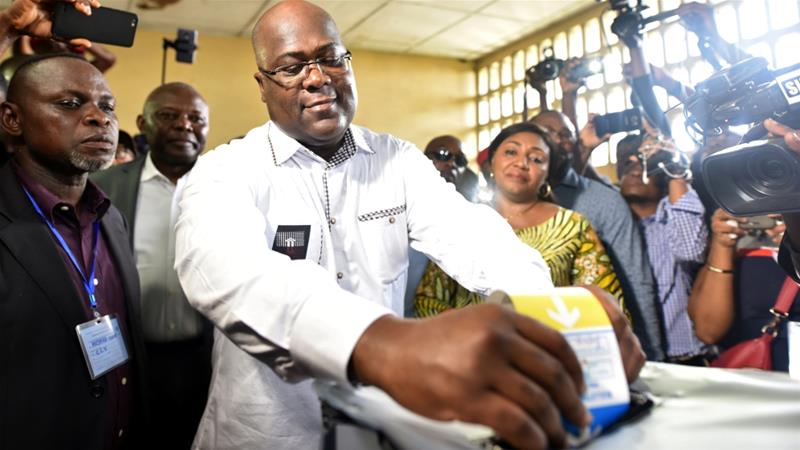 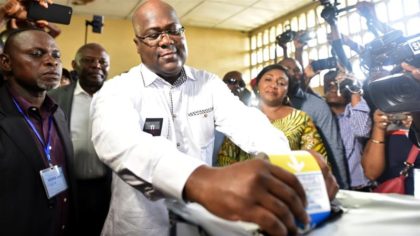 The constitutional court of the Democratic Republic of Congo has confirmed the victory of Felix Tshisekedi in the presidential election, while dismissing a challenge from opposition leader Martin Fayulu.

Martin Fayulu rejected the provisional tally released last week by the National Independent Electoral Commission (CENI), saying it was the product of a secret deal between Tshisekedi and outgoing President Joseph Kabila. Kabila’s and Tshisekedi’s camps denied making any deal.

The court judgment, released in the early hours of Sunday, said Fayulu offered no proof to back his assertions that he had won easily.

Tshisekedi said on Sunday that the court’s decision to reject claims of electoral fraud and declare him president was a victory for the entire country.

“It is Congo that won,” said Tshisekedi, speaking to his supporters after the court decision. “It is not the victory of one camp against another.

This is the first time that power has been passed peacefully from one man to another in this turbulent country since its independence from Belgium.

The southern African regional group, SADC, has also welcomed Tshisekedi’s victory saying that all Congolese should support the president-elect in his bid to maintain “unity, peace and stability”.

Meanwhile, the mediation of the President of the African Union, Rwanda’s Paul Kagame, has ended as soon as it was announced. Paul Kagame has actually canceled the visit he was to pay to the DR Congo this Monday, January 21, for a mediation attempt.

The Rwandan president, who had asked that the process of validation or reversal of the results of the presidential election be postponed, was put before the fait accompli, with the confirmation of the victory of Etienne Tshisekedi by the Congolese Constitutional Court.

The Congolese National Bishops’ Conference (Cenco) had, for its part, warned against any attempt to announce non-compliant results.

At the announcement of the results of the vote by the Electoral Commission, Cenco and Jean Yves Le Drian, French Foreign Minister, said they did not comply with their expectations.

Nicknamed “Fatshi” – short for three of his names Felix Antoine Tshilombo – Tshisekedi was elected to parliament in 2011 as a representative for Mbuji-Mayi, the country’s third-largest city.

The 56-year-old Tshisekedi took over as head of Congo’s most prominent opposition party in early 2018, a year after his father’s death. Opponents have accused him of being inexperienced and riding on the popularity of his late father.

As a reminder, the country’s top job eluded his late father, Etienne, for decades.