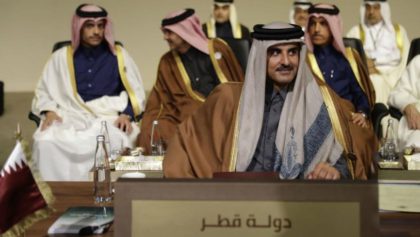 Qatar Sunday pledged to invest $50 million in the Middle East countries, with youth being the main target, in a move to increase its profile at a time it is boycotted by major powers in the region.

The pledge was announced by Qatar’s Finance Minister Ali al-Emadi at the Arab Economic and Social Development Summit (AESD) held in Lebanon over the weekend, amidst the ongoing diplomatic row opposing Qatar to Saudi Arabia, UAE, Bahrain and Egypt.

The four have since June 2017 cut off ties with the tiny gas-rich country and imposed on it a sea/air/ground blockade over charges that Qatar sponsors terrorism.

Qatar’s ruler attended the opening ceremony of the 22 member-country-summit. Mauritania’s President Mohamed Ould Abdel Aziz was the second head of state to have taken part in the gathering. Other countries sent low-key delegations.