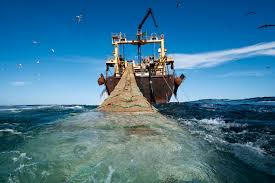 European Commissioner for Economic and Financial Affairs Pierre Moscovici has commended the adoption by the European Parliament (EP) by a large majority of the EU-Morocco agricultural agreement which opens a new chapter in the strategic partnership set between Rabat and Brussels.
“The EP vote is a culmination of more than two years of intense and productive work between the European and Moroccan authorities”, said the European official, affirming that “the partnership between Morocco and the EU is now stronger than ever”.
He also described Morocco as a key partner of the Union in the region and one of its “major friends and allies” . The adoption by the European Parliament of the Morocco-EU farming deal is “good news for the EU, Morocco, local businesses and the inhabitants of the Sahara,” added M. Moscovici, noting that it puts an end to “legal uncertainty that is harmful to all.
According to the European Commissioner, the EU preferential tariffs will support the local Sahara economy by promoting exports. “We are responding to the will expressed by a large part of the actors and economic circles in the Sahara”, he stressed.
Last week, about 900 elected Sahrawi representatives, politicians and civil society militants called on the European Union to extend the fisheries and farm accords with Morocco, underlining the positive impacts of these agreements on the socioeconomic development of the Sahara and its local inhabitants.
“The Fisheries Agreement and the Agricultural Agreement concluded between the Kingdom of Morocco and the EU (…) promote the development of the marine fisheries & agriculture sectors and ensure that this is done with our participation and in keeping with our interests, said the Sahrawi representatives in their petition to the EU.
“From our southern provinces, we, the people, need and demand those international agreements that contribute to economic growth and job creation in our regions”, underlined the petitioners.