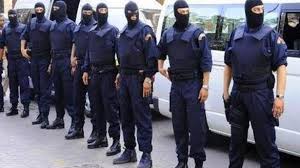 Morocco’s intelligence agency has helped its German and French counterparts to thwart serious terrorist plots that were targeting the airports of Charles de Gaulle and Stuttgart, according to German ZDF TV Channel.

In a TV report, ZDF terrorism expert Elmar Theveßen said the “German and French intelligence services have foiled major terrorist acts that targeted the Stuttgart and Charles de Gaulle airports thanks to the accurate tip received from the Moroccan intelligence agency”.

If carried out, this twin terror threat could have killed large numbers of innocent people. German Spiegel Online and some Moroccan online news websites also shed light on these terror plots disrupted thanks to the information provided by Moroccan intelligence services.

For its part, British Telegraph daily reported the event, focusing on the security measures tightened last Friday in all German airports after two men were seen at the Stuttgart airport taking photographs of a security gate on two separate occasions.

German authorities said they are investigating four people on suspicion of planning a serious act of violence after receiving their online messages intercepted by Moroccan intelligence which earned international recognition for its professionalism, credibility and efficiency.

In another development, the Spanish Interior Ministry announced the arrest Friday, in Mataro, in the province of Barcelona, of an alleged Moroccan terrorist, in an operation carried out in collaboration with Moroccan authorities.

The Spanish Ministry said in a statement Saturday that this arrest was made possible thanks to an international arrest and extradition warrant issued by the Moroccan authorities against this individual described as “a dangerous terrorist who fought in a foreign territory”.

The Spanish Interior Ministry noted that this operation shows that the fight against terrorism requires a “strong international police cooperation, like the one between Spain and Morocco”.

Moroccan intelligence services helped avert several terror attacks in Europe
with the information they collect and share with their regional and international partners.