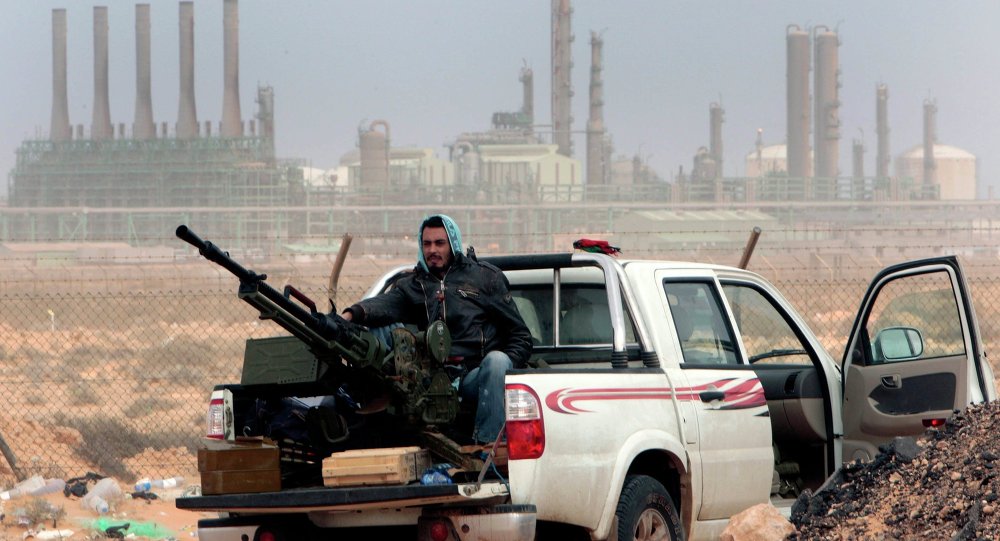 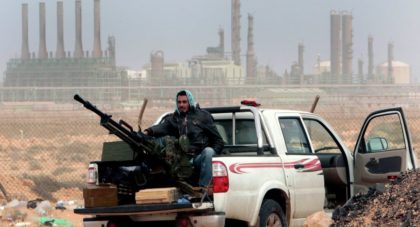 The US State Department Tuesday called on the armed men that occupied Libya’s Sharara oil field in the desert, south of the country, to hand over the oil facility to the National Oil Corporation (NOC), which has declared force majeure.

“The United States continues to monitor the situation at the Sharara oil field and echoes the UN Support Mission for Libya’s call for the immediate and unconditional withdrawal of armed elements in the area, which is crucial to allow oil production for the benefit of all Libyans to resume,” said the state department’s deputy spokesperson Robert Palladino, in a press release.

“We call on all parties to resolve issues through constructive dialogue and peaceful means in the spirit of compromise, rather than through threats of violence,” Robert Palladino said.

The oil field, which produces 315,000 barrels per day, has been taken over on Dec.8 by armed protestors, under the Fezzan Anger Movement’s banner. The protestors were joined by tribesmen and state guards demanding salary payments and development funds.

The protestors called on the UN-backed Government of National Accord (GNA) to provide better living conditions in the impoverished southern region.

“The closure of Sharara will be maintained until the GNA meets the demands of the inhabitants of the marginalized south of Libya, which is severely deprived of services,” said Mohamad Emeguel, spokesman of the protestors.

“We call on the GNA to guarantee the supply of fuel (to petrol stations) and cash to banks, to pay more attention to the dilapidated medical sector, to reopen airports and to help disaster-stricken cities” in the south, he told AFP by telephone.

NOC has declared force majeure at El Sharara oil field, a week after announcing a contractual waiver on exports from the field following its seizure by protesters.

Pumping will restart only after “alternative security arrangements are put in place”, NOC said in a statement late on Monday.

The State Department Deputy Spokesman underscored in his release that Libyan oil facilities, production, and revenues belong to the Libyan people. The National Oil Corporation and all sovereign state institutions must be allowed to work on behalf of all Libyans, free of threat and intimidation. Libya’s oil resources must remain under the exclusive control of the legitimate National Oil Corporation and the sole oversight of the Government of National Accord.

“The United States stands in solidarity with Libyan leaders and urges their continued effort to improve fiscal transparency, strengthen economic institutions, enhance security, and ensure just distribution of the country’s resources, within the framework of the Libyan Political Agreement and the Plan of Action formulated by UN Special Representative of the Secretary-General Ghassan Salamé,” he added.