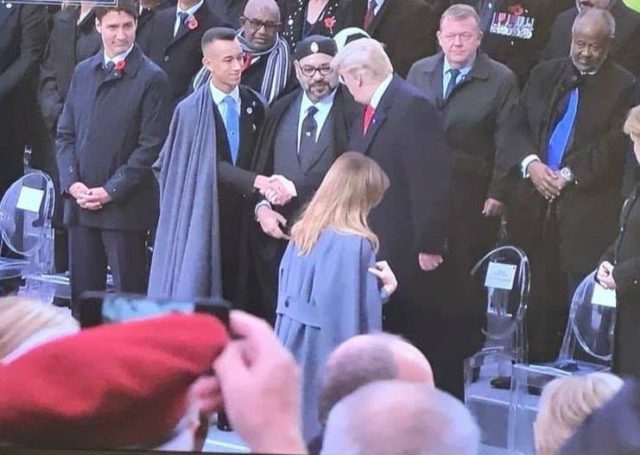 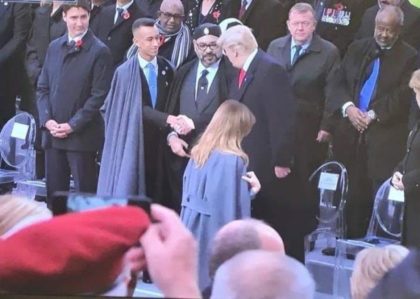 King Mohammed VI, accompanied by Crown Prince Moulay El Hassan, attended Sunday in Paris the commemoration ceremony of the centenary of the Armistice of World War I signed on November 11, 1918, a participation that stands out as a token of the friendship that has been binding Morocco and France for several centuries.

The Sovereign’s participation in this ceremony is also a tribute to the valiant Moroccan soldiers who had fought for the ideals of freedom and peace during the First World War.

The Sovereign’s participation sends a strong message to the international community and brings back to minds, if need be, Morocco’s commitment to world peace and stability and its tireless efforts to promote multilateralism and defense of the universal values of democracy, freedom and equality.

The commemoration ceremony, meant to be, as put by President Macron, a ceremony of regained brotherhood, is also an opportunity to remember the sacrifice of all the soldiers, whatever their country, their faith, their nationality, who participated in this war, for the triumph of these universal ideals.

And among these soldiers, there were many Moroccans who lost their life and wrote with their blood a page of Moroccan-French history and set the stage for a deep friendship.
It is worth noting that Moroccan regiments, who also fought during the Second World War (1939-1945), were among the most decorated and distinguished units having participated in these wars.

The commemoration of the centennial of the Armistice on November 11, 1918, invites rising generations to draw lessons from the past, to avoid making the same mistakes and to build a secure, prosperous and peaceful future.

Several Heads of State and Government of the countries having participated in WW-I, including many African countries, many world leaders, representatives of international organizations participated in the moving ceremony that took place at the famed Arc de Triomphe in Paris.