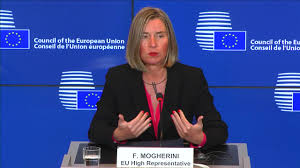 The European Union looks forward to enhancing its cooperation with Morocco to combat illegal migration, which is increasing on the Western Mediterranean route, said on Monday in Luxembourg EU Foreign Policy Chief Federica Mogherini.

Speaking at a press conference following the Foreign Affairs Council meeting, Mogherini said that Central Mediterranean migration route has gone down by 80-85 percent this year, while “we have seen an increase by 150 percent on the Western Mediterranean route, so we decided to increase our work, in particular with Morocco and Mauritania”.

“We are already putting in place some new measures in this respect, like funds that will be allocated to cooperate with these countries to manage together the Western Mediterranean route”, she added.

According to Mogherini, the EU Foreign Affairs council decided to strengthen its cooperation in this regard with the UN and its partners, namely the African Union and the countries of origin and transit.

“I made an appeal to Member States to contribute more to the Trust Fund and also to focus on new ways in which we can address the shifting of migration routes elsewhere from the Central Mediterranean one”, stressed the High Representative of the EU for Foreign Affairs & Security Policy.

The EU Emergency Trust Fund (EUTF for Africa) aims to foster stability and to contribute to better migration management, including by addressing the roots of destabilization, forced displacement and irregular migration.